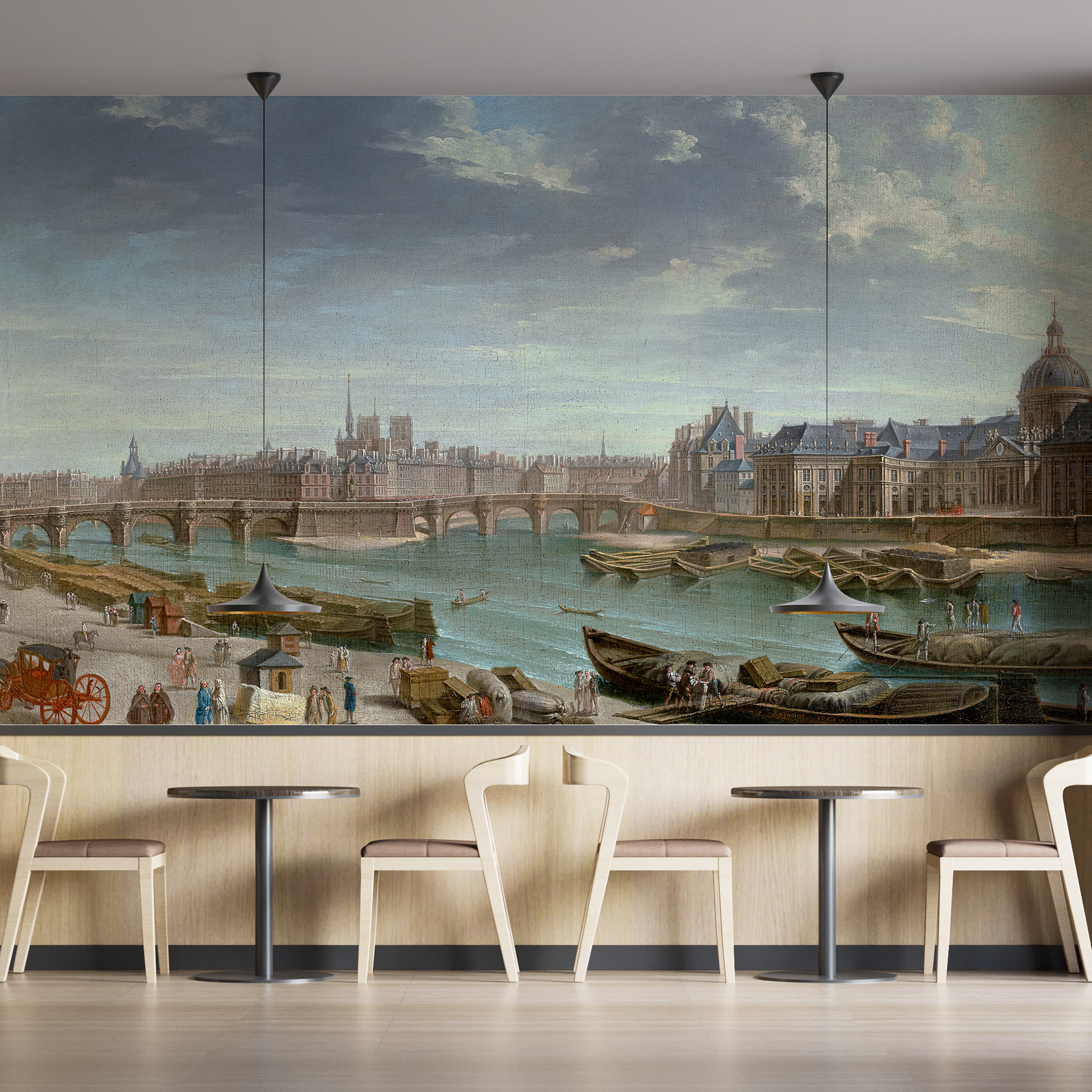 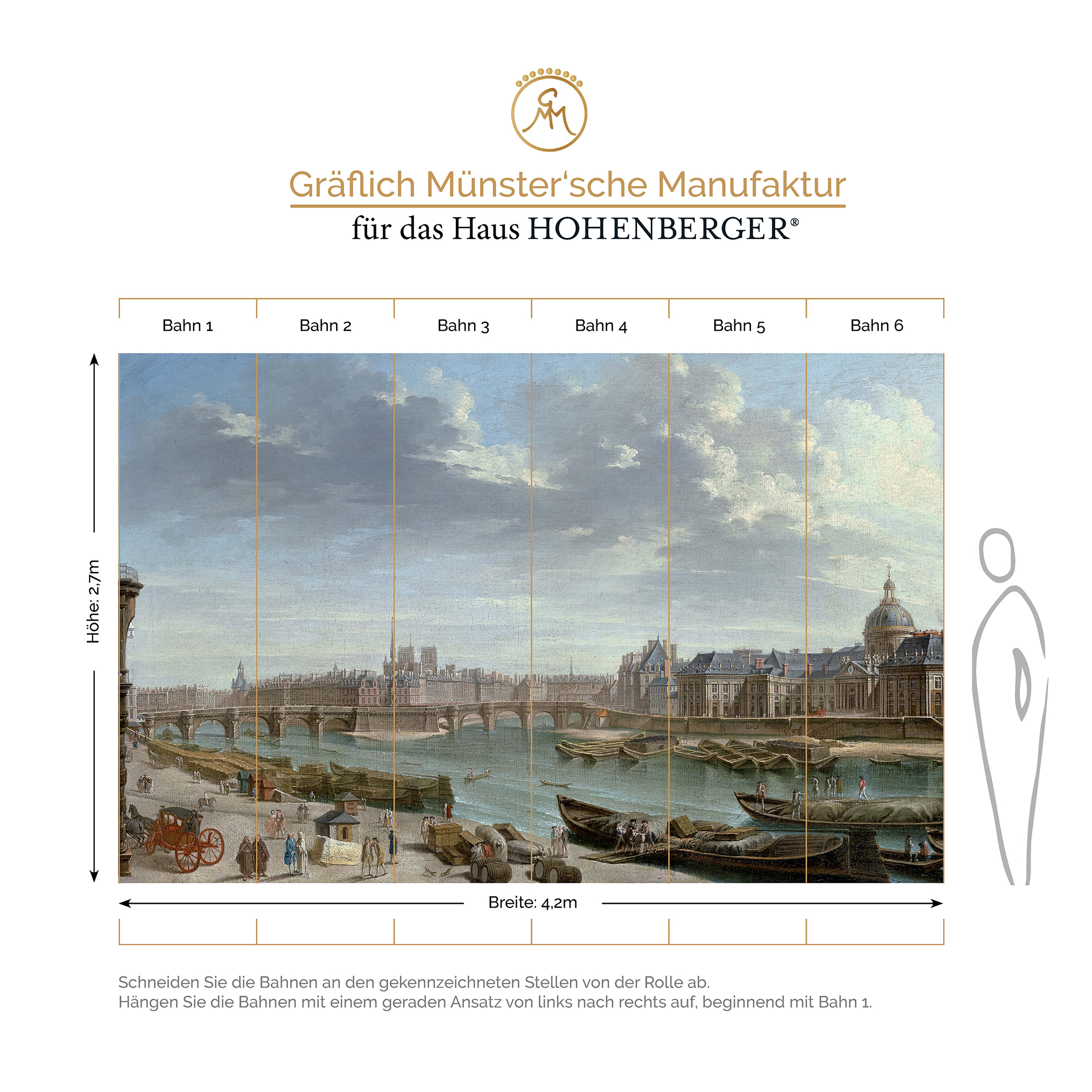 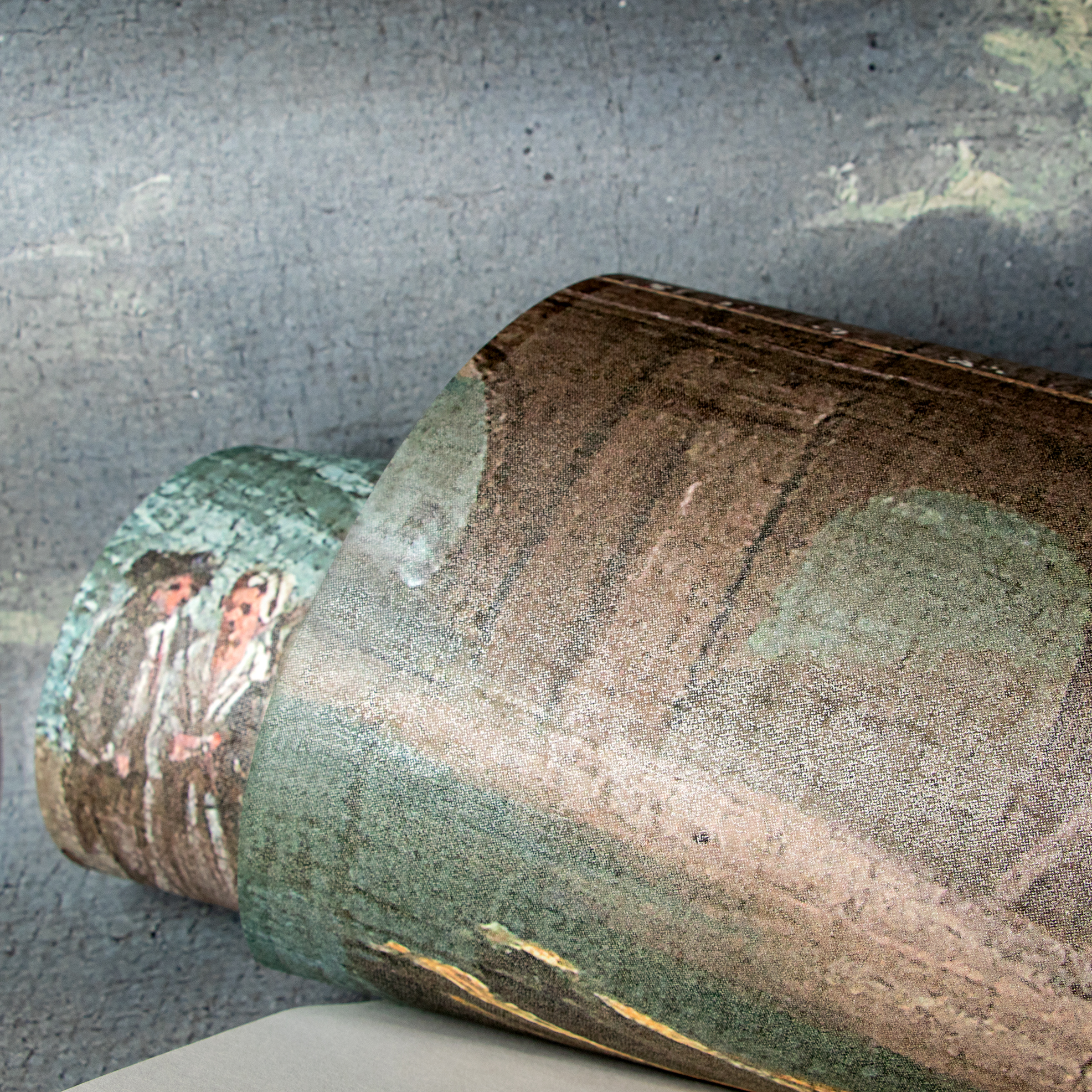 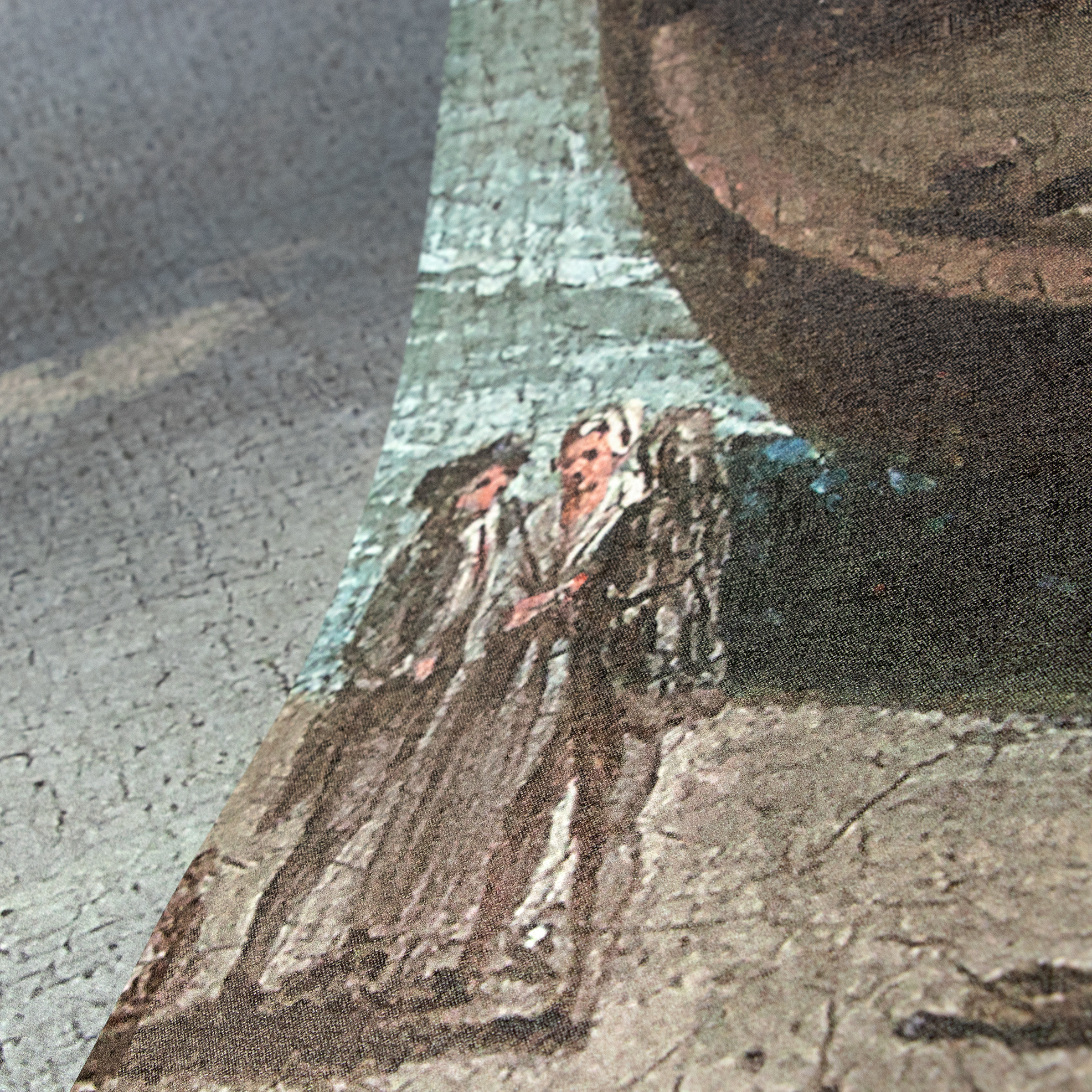 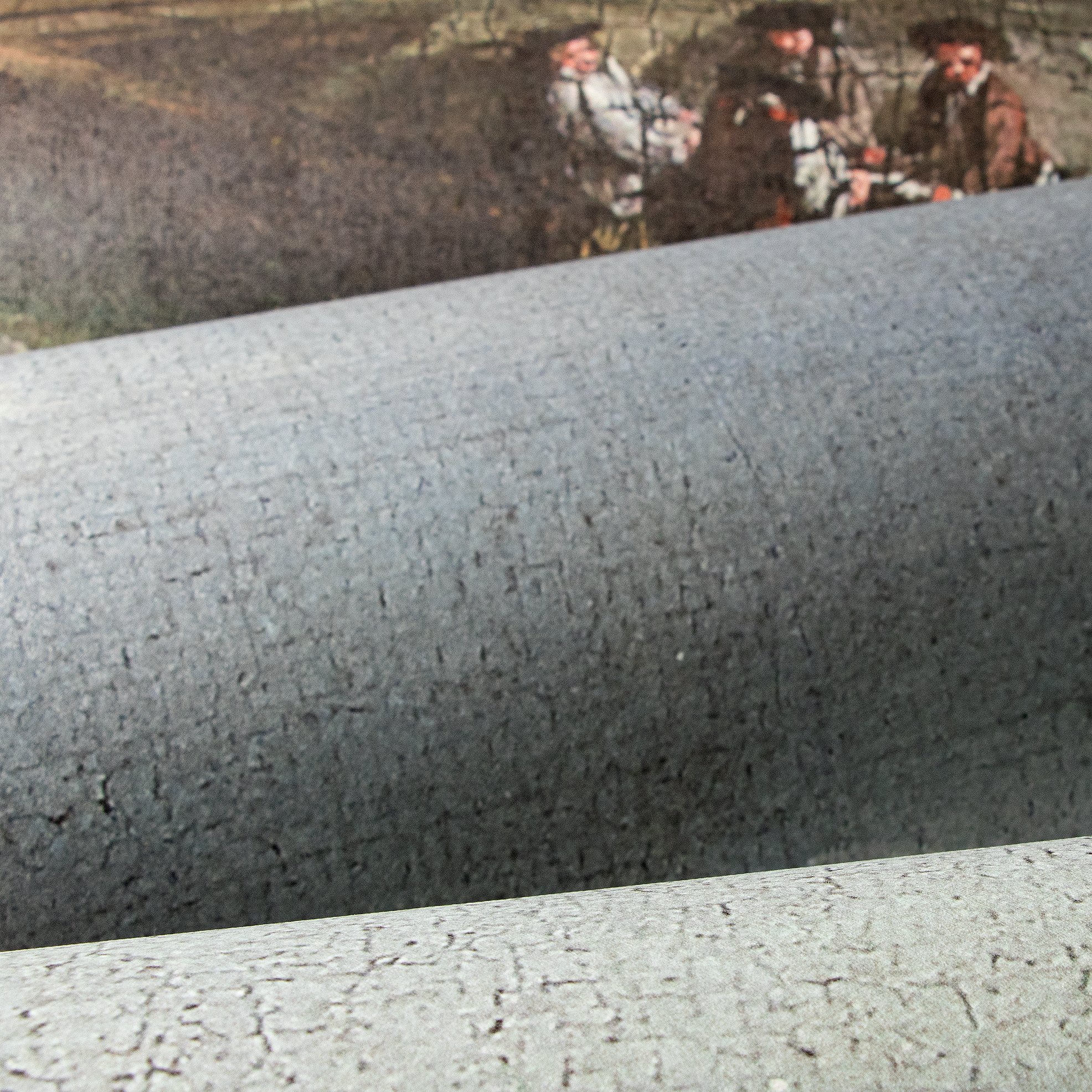 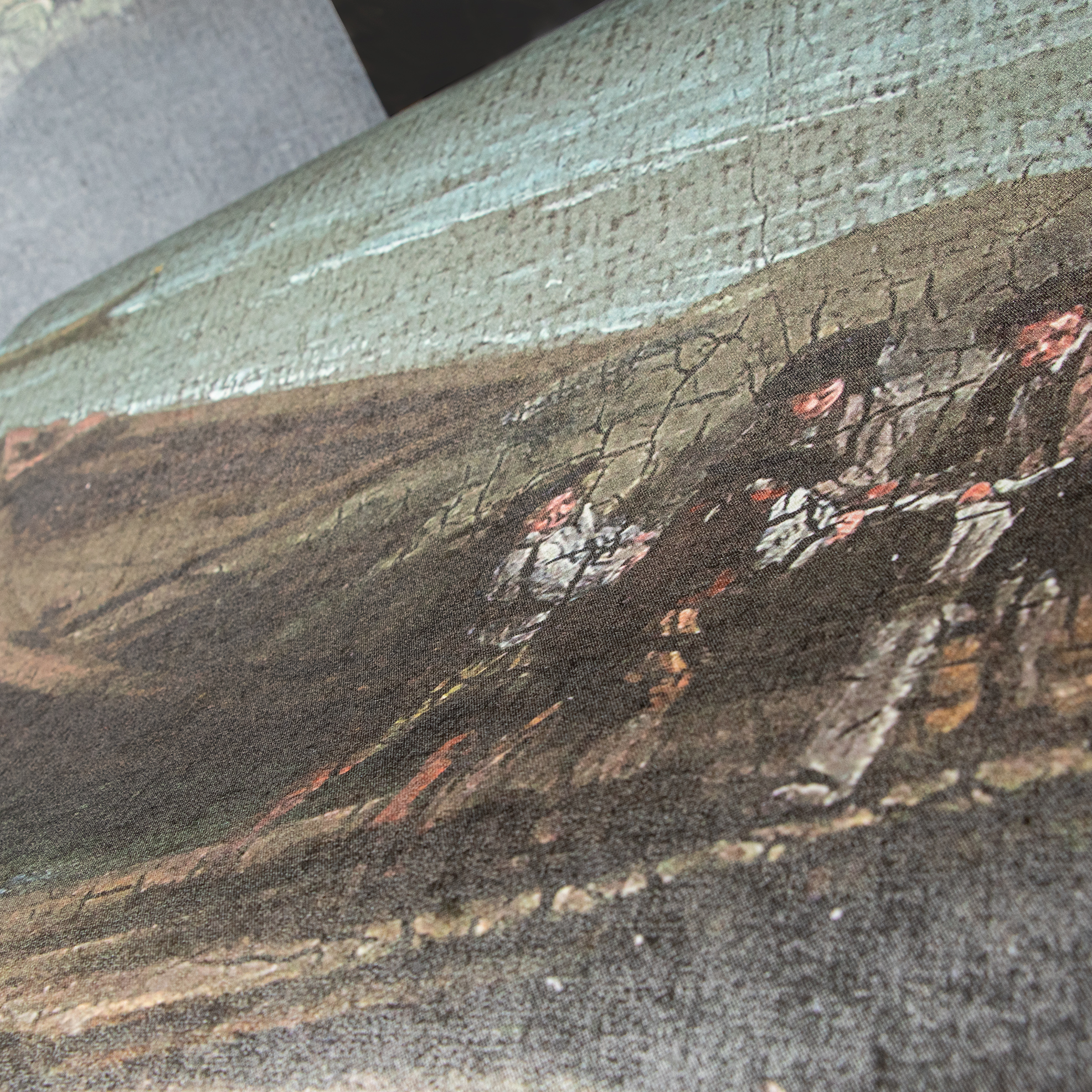 Right in the centre of historic Paris, this homely panoramic mural by the Gräflich Münster'schen Manufaktur looks out over the city.

It was the time when Louis XV reigned. An entire style epoch is named after him: Louis-quinze. It was also the time when Paris was already visited by countless tourists as one of the greatest cities in the world. The wealthy among them liked to take city views home as souvenirs.

Such a painting is The View of Paris with the Ile de la Cité. The Gräflich Münster'sche Manufaktur has realised it for the Hohenberger House as an imposing wall painting. It measures 2.70 x 4.20 m and is finished with the Mica effect. The effect is particularly impressive when the six strips of wallpaper are not applied flush with the floor, but slightly raised. This creates the impression of a suspended painting. The original is now in the possession of the J. Paul Getty Museum in Los Angeles.

The splendour of the French capital was captured by its creator Nicolas-Jean-Baptiste Raguenet (1715-1793) in countless panoramic paintings. After his training at the Académie de Saint-Luc, Raguenet ran a workshop for city views together with his father. It was located in the centre of Paris, in the Rue de la Colombe on the Île de la Cité. It was precisely this "island of the city" that he immortalised in great detail in his painting of 1763.

The twin towers of the façade of Nôtre Dame can be clearly seen in the background on the half-left. In front of it, one of the city's oldest bridges, the Pont Neuf, spans the Seine. On the right, the baroque dome of the former Collège des Quatre-Nations dominates the picture. Today, the imposing building in the 6th arrondissement serves as the headquarters of the Institut de France and the Bibliothèque Mazarine.

With this Parisian wallpaper mural, the "savoir vivre" comes into your home.

The picture is framed by the hustle and bustle on the banks of the Seine. Numerous boats have docked and are being unloaded, while merchants go about their business nearby. In the late 18th century, Paris was a major trading centre. Markets like this became a common sight.

A return to craftsmanship, originality and old values is a pressing concern for Hohenberger Manufaktur für Tapeten. We process materials for our high-quality wallpapers in accordance for a sustainable home. 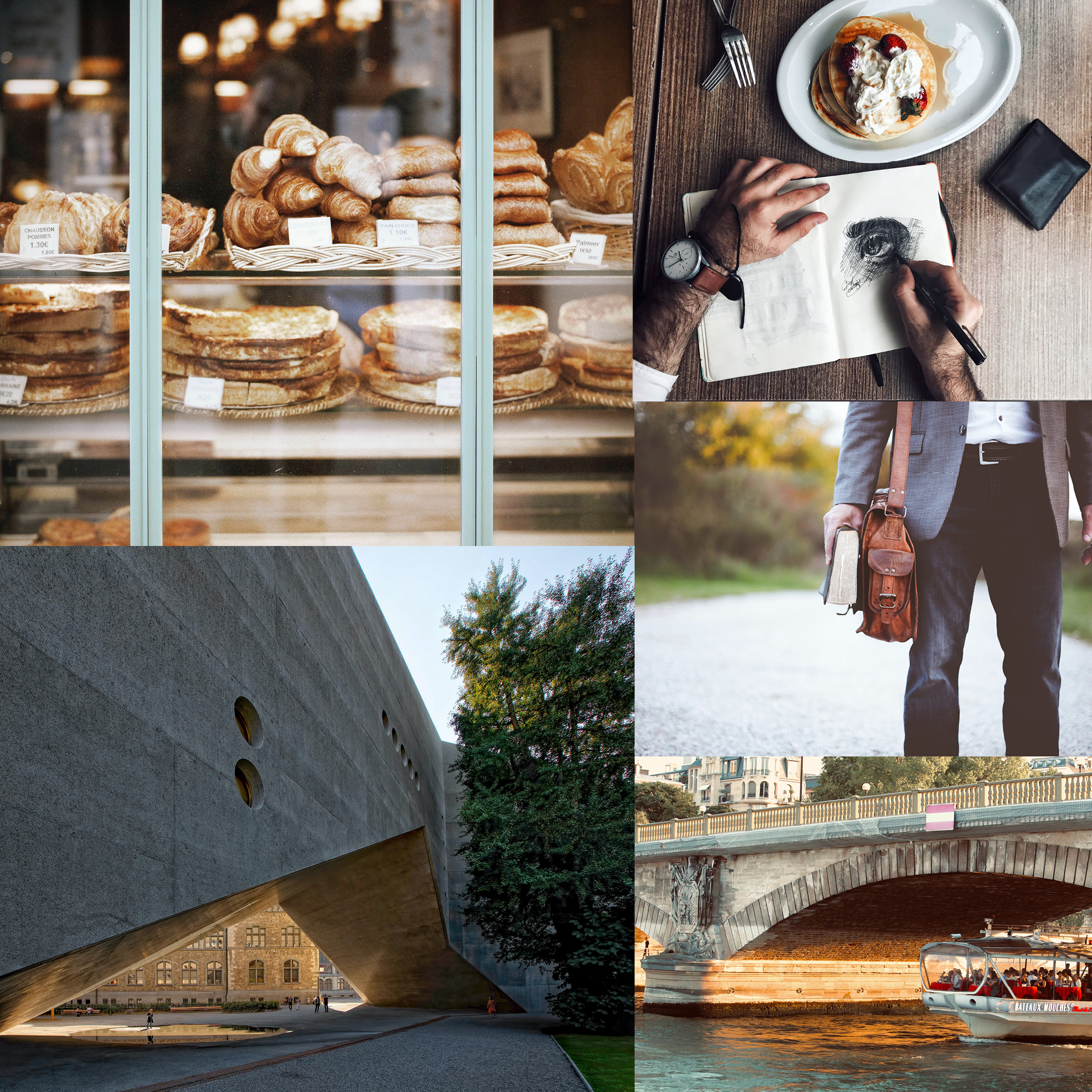