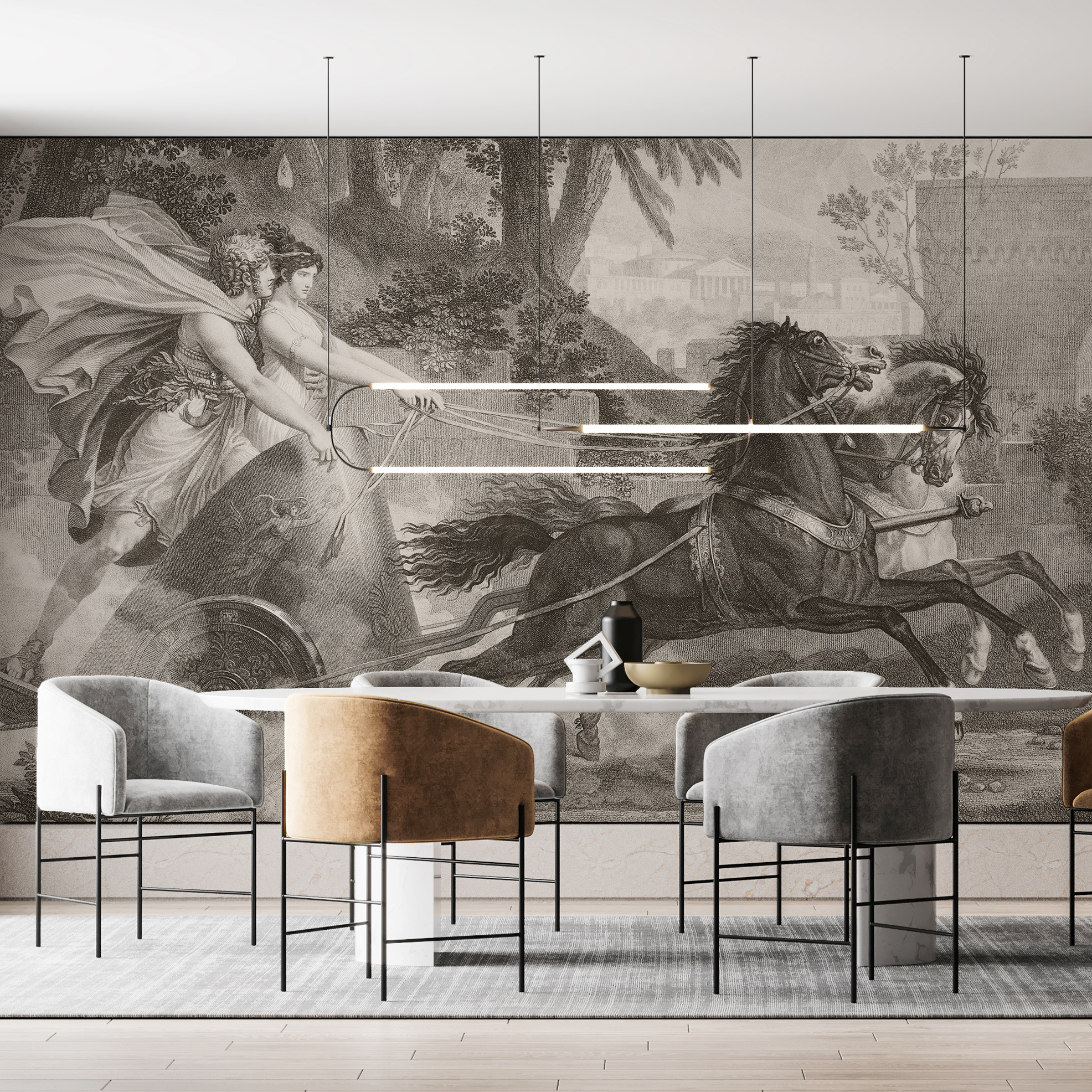 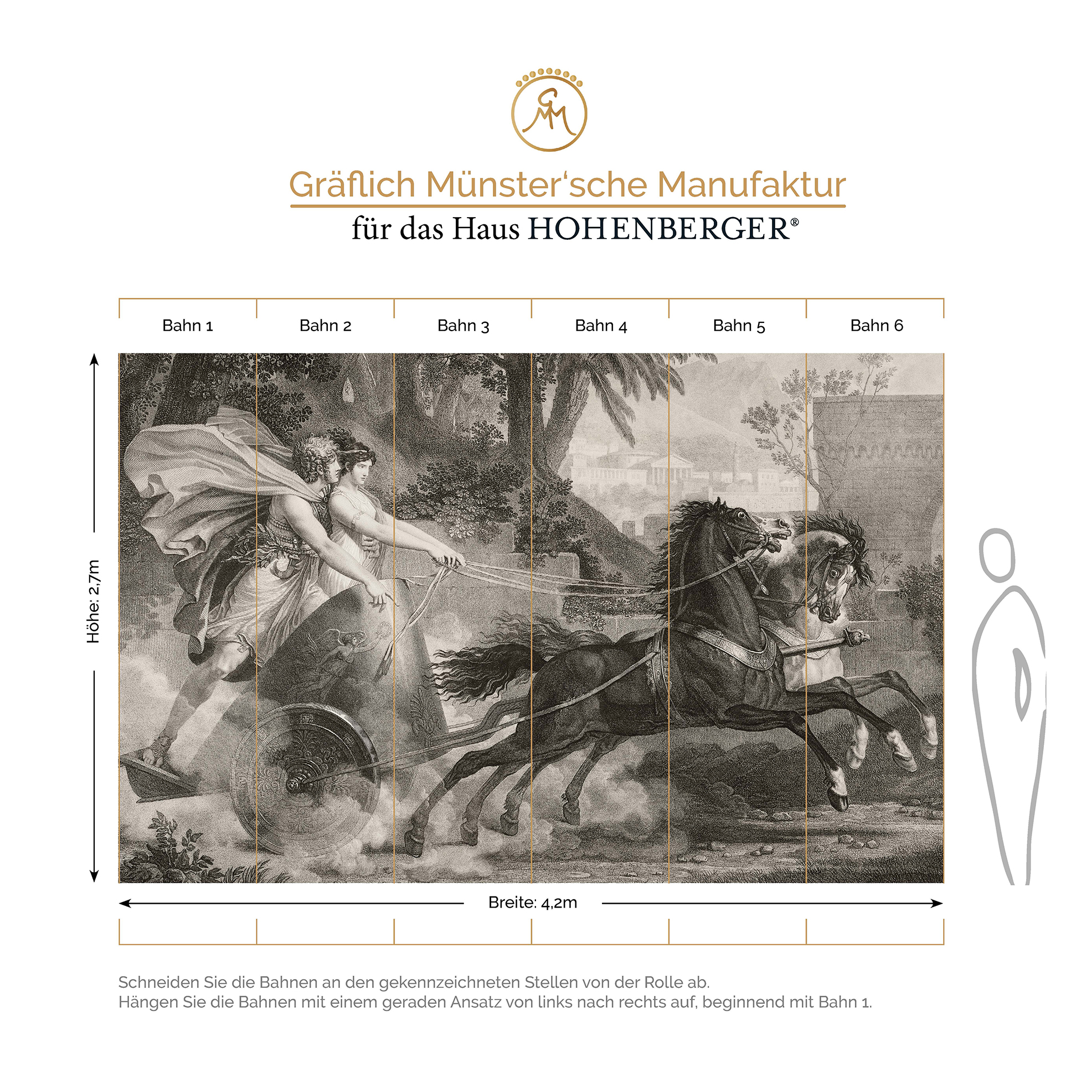 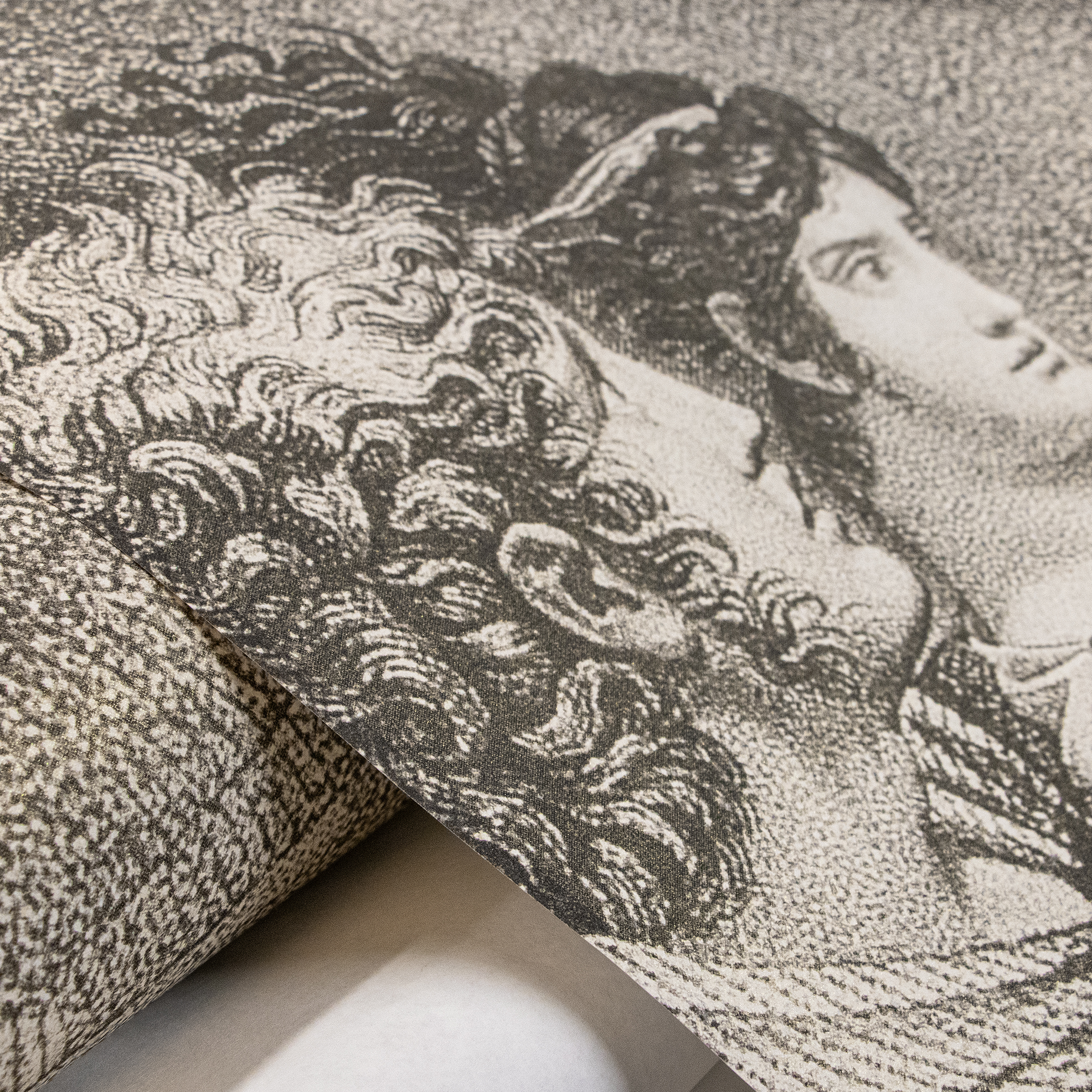 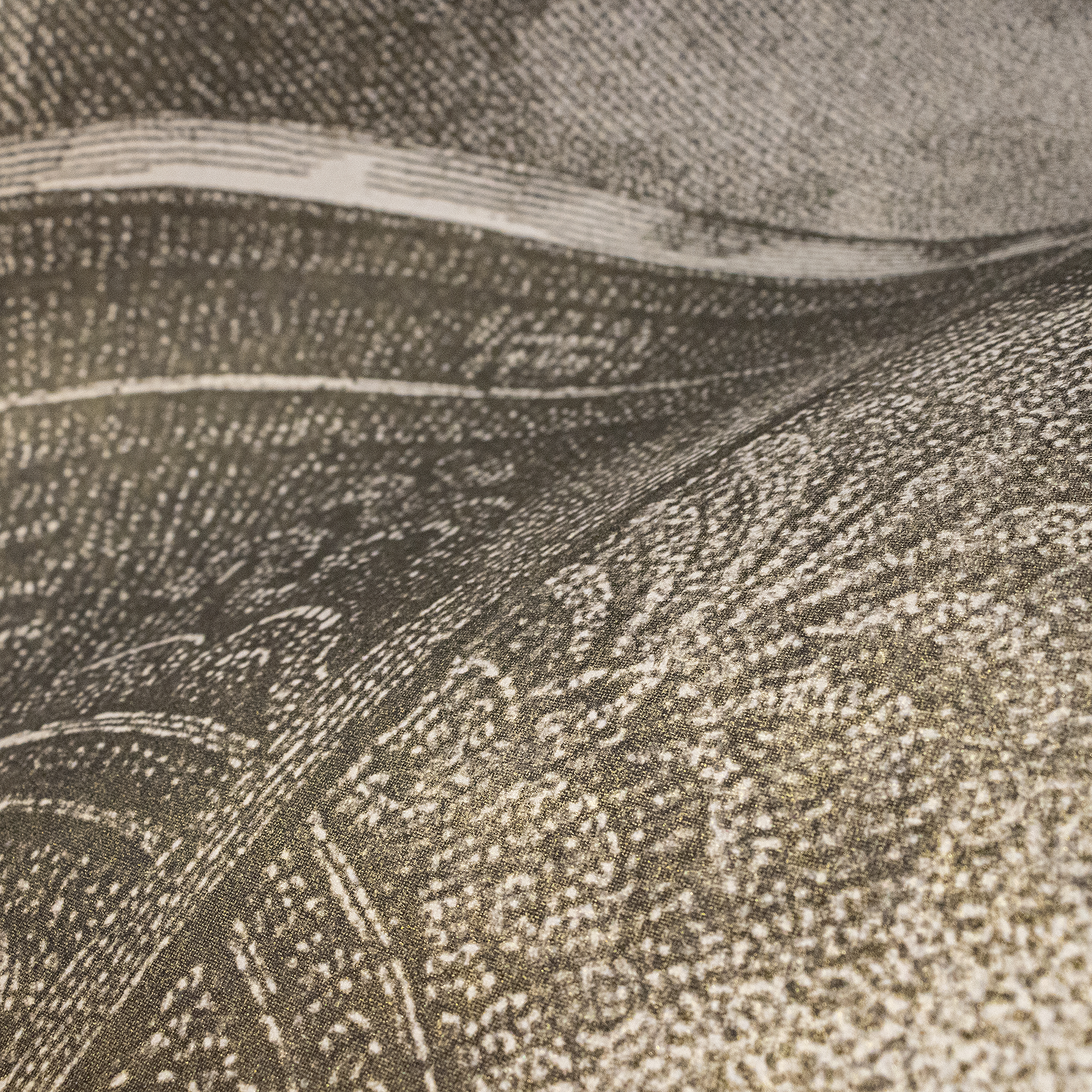 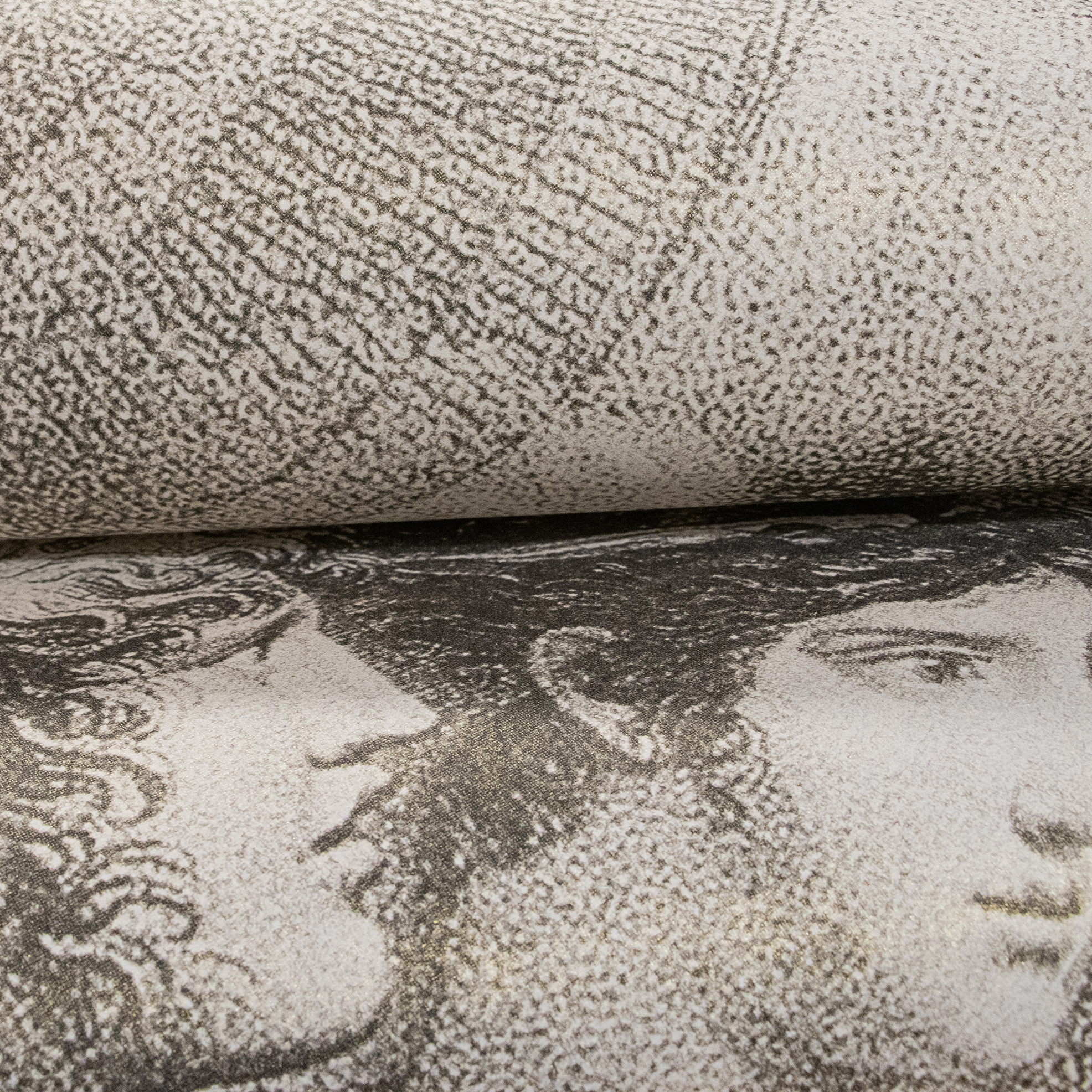 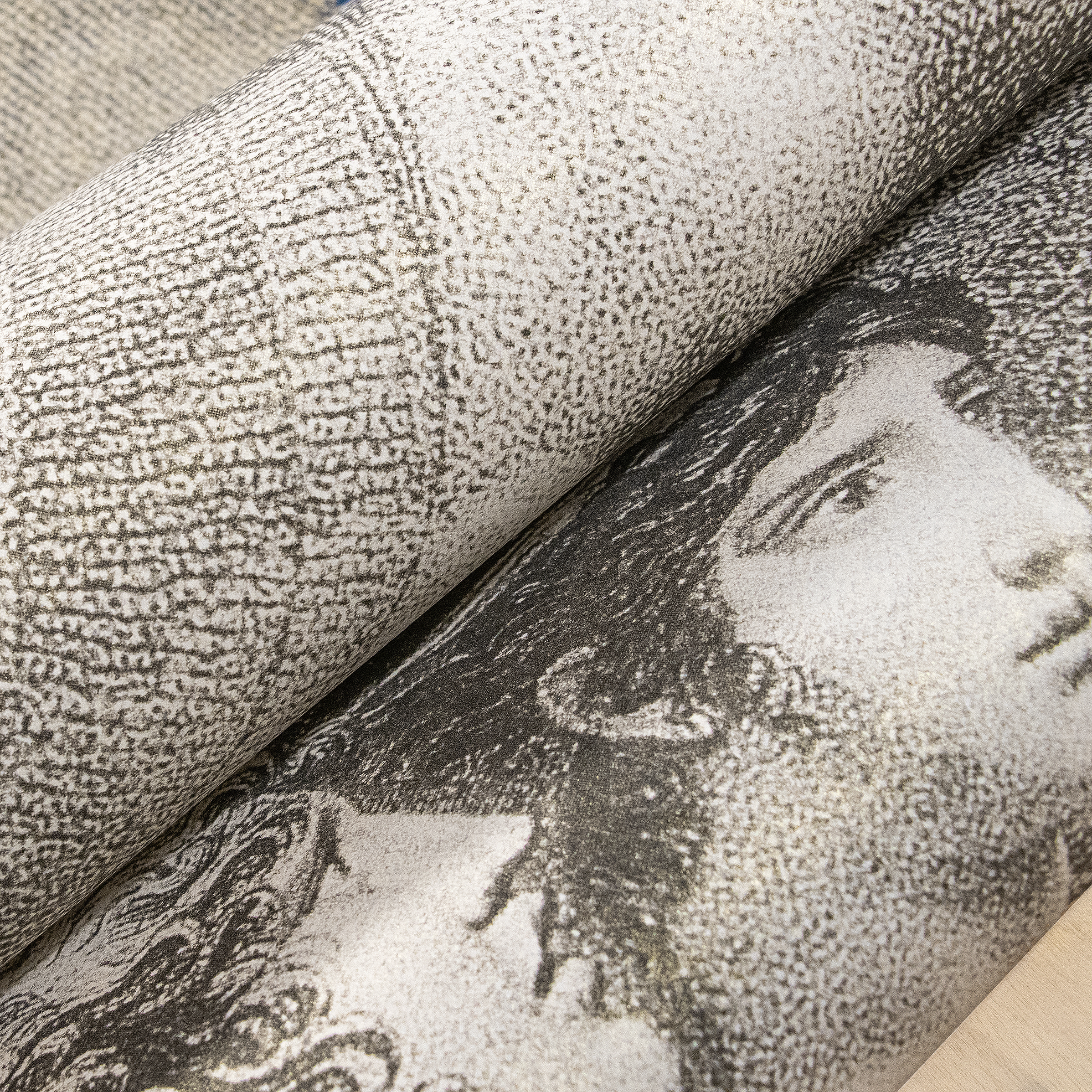 Jean Godefroy brought Roman antiquity to the memory of his fellow citizens in the 19th century with his engraving "Return from the Race". We bring the splendour of antiquity into your life with the Emporio Romanum mural.

The copper engraving from 1808 shows a chariot returning from a horse race. The galloping horses, the thundering hooves, the swirling dust makes the scene vivid. Therefore, this artistic motif is ideal as an inspiration to start the day or the next project in a swinging way.

The popularity of this typical depiction of the French Empire, with Greek and Roman antiquity as its model, stretches from the time of Napoleon I to the present day.

Make a powerful statement with this wallpaper image ...

whether in the office or your living room. These rooms in particular offer space for clear statements. Because, refined with a fine gold mica, this non-woven wallpaper motif stands for style, vigour and fearlessness. You get a wall decoration that looks classic and at the same time meets modern demands on design and workmanship.