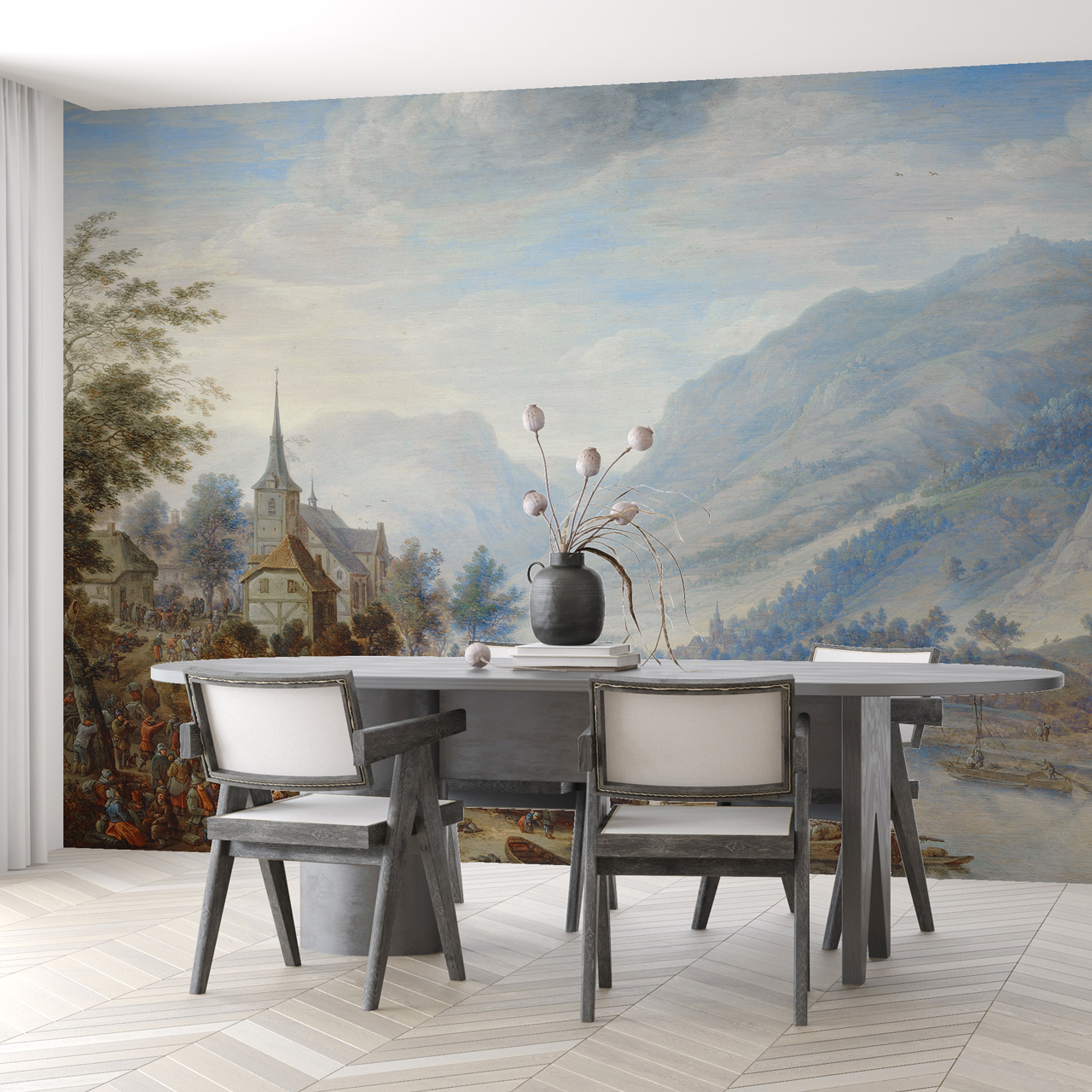 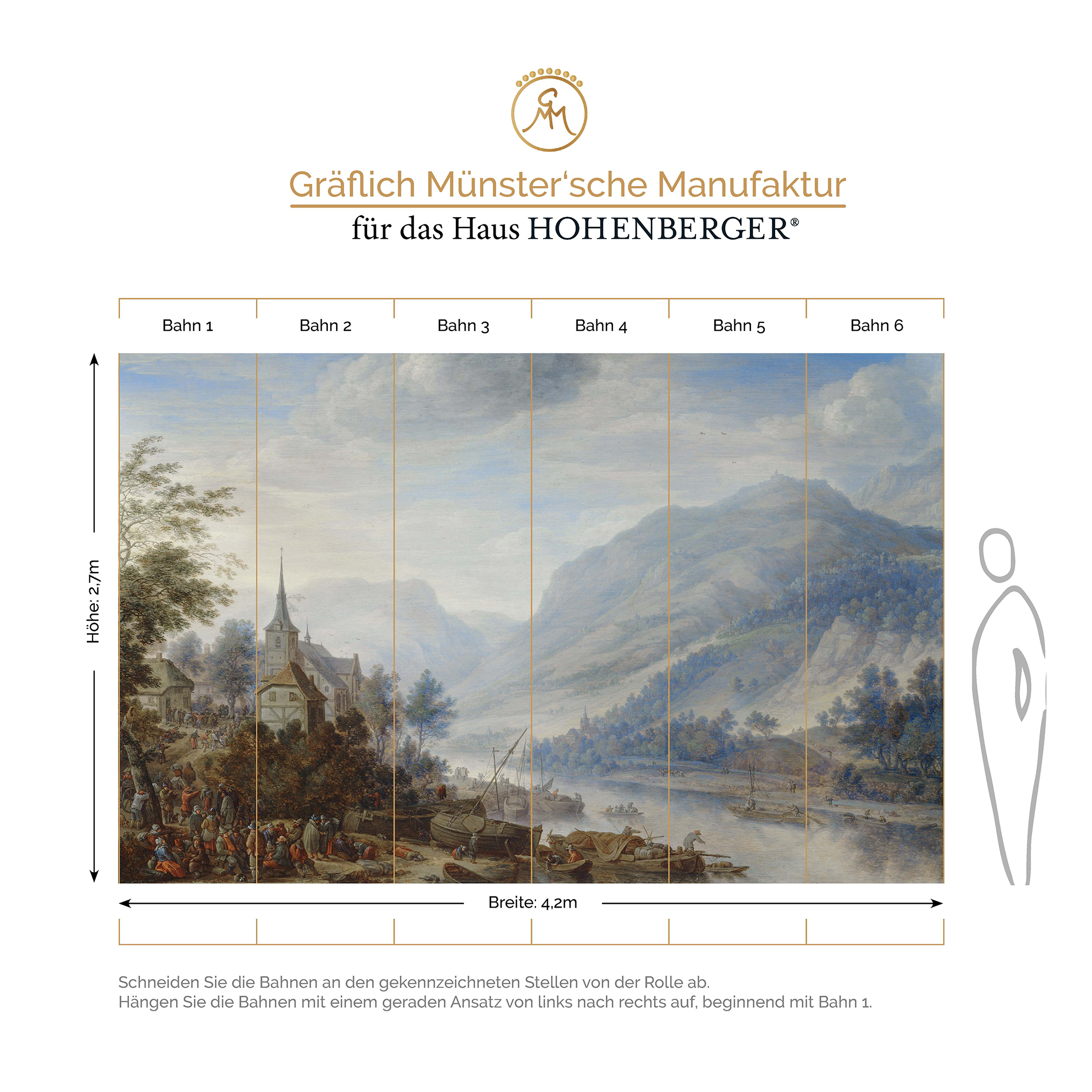 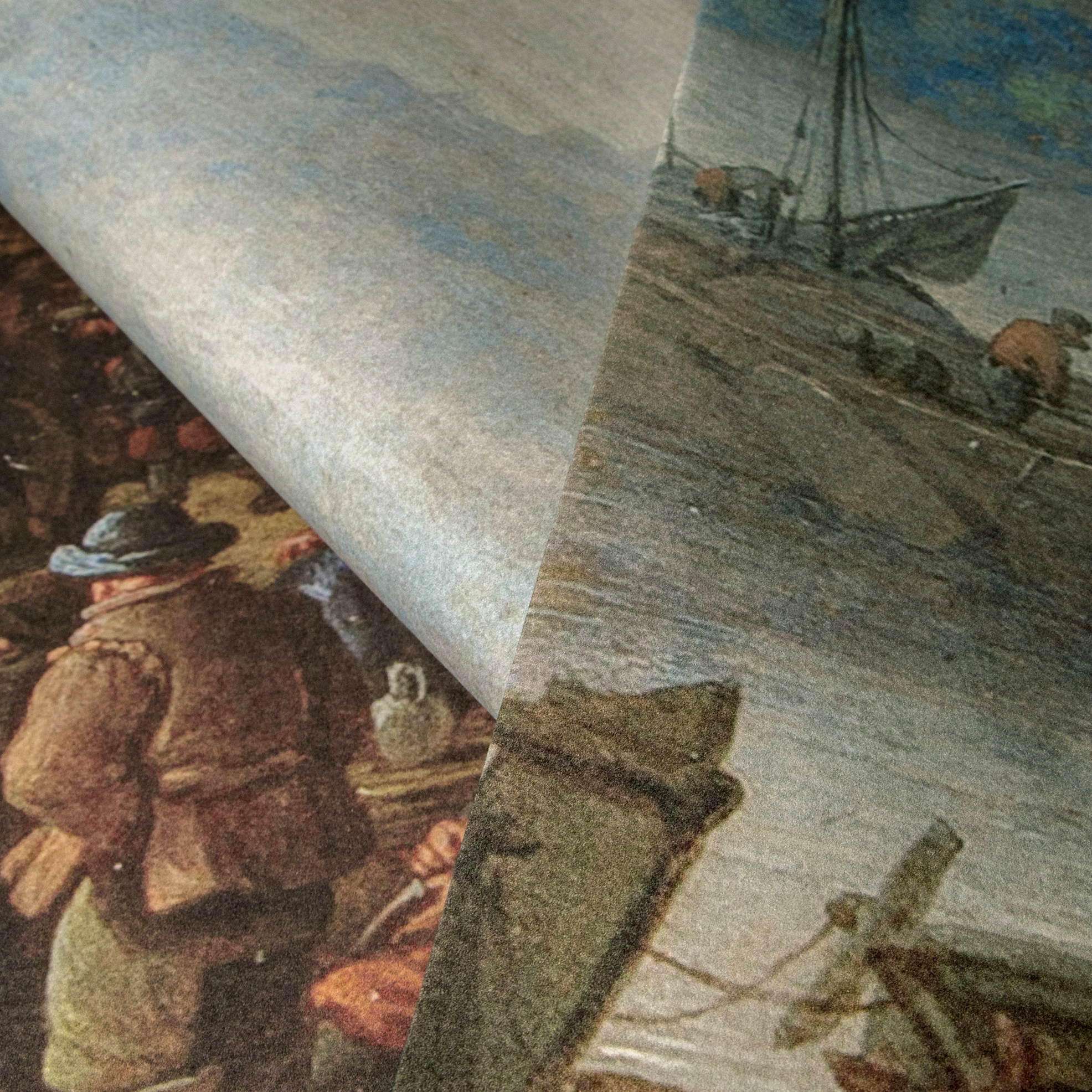 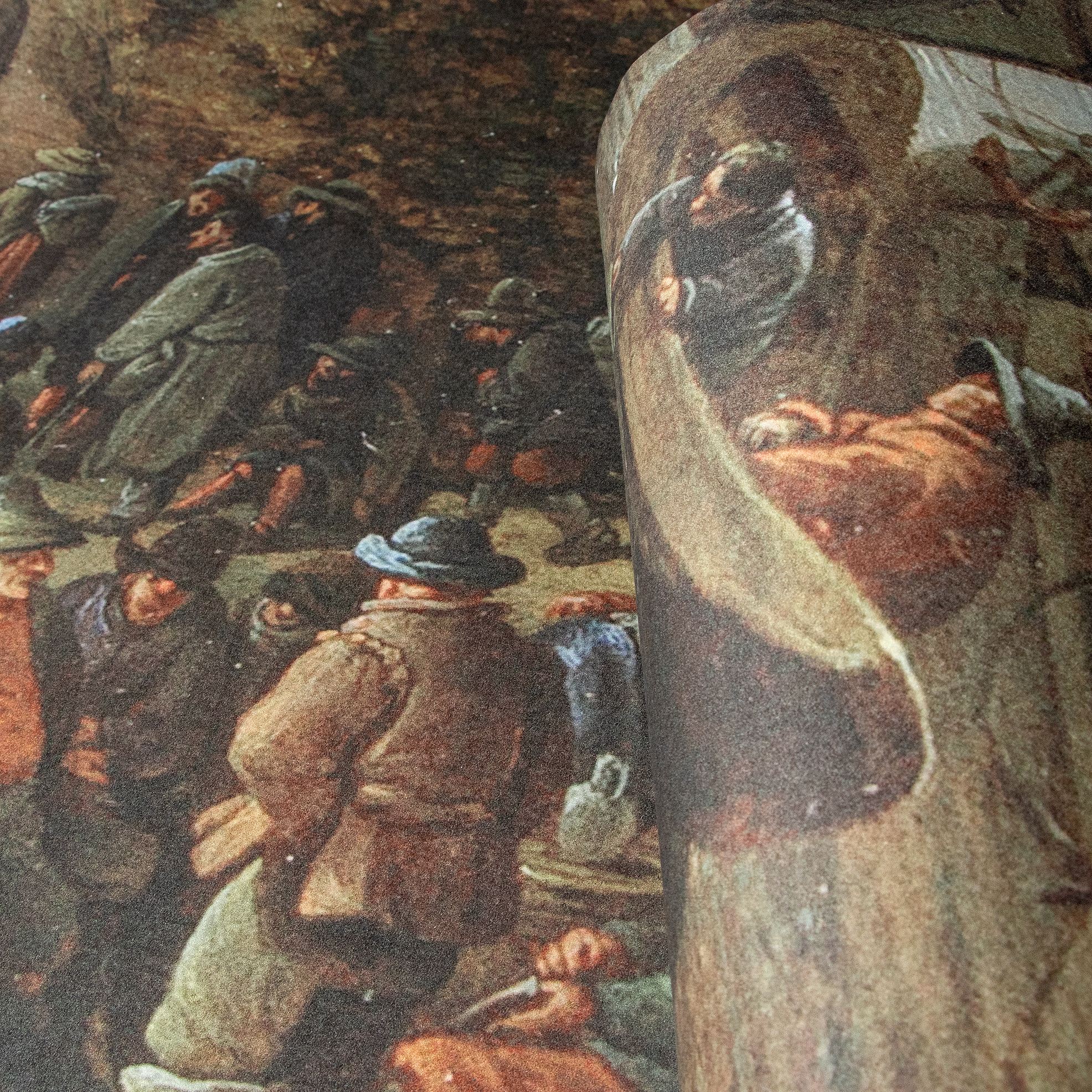 A proud river that shapes entire landscapes: The Rhine, with its winding course through steep valleys and graceful plains, still looks as pristine in many places as it did many hundreds of years ago. It has often been sung about; proverbially, it stands for German Romanticism and its profound soul. Painters such as the Dutchman Herman Saftleven (1609-1685) also found their inspiration here. Saftleven was so fascinated by the mystical Rhine that he dedicated a large part of his work to it.

Now Bavarians too can live on the Rhine

For the painting View of the Rhine near Rheineck, which the Gräflich Münster'sche Manufaktur has furnished as a historical large-format wallpaper mural, brings the Rhine to the Bavarian mountains as well. Saftleven had already made a pen and ink drawing of Rheineck Castle in 1651. Both the landing stage on the bank and the village square in front of the church are bustling with activity. The boats, which are being unloaded, seem to have transported valuable goods for the inhabitants. The sculptural effect of the picture is cleverly achieved by the mild green tone of the hills in contrast to the brown tones of the buildings and the people. The lighting is atmospheric and closely observed.

Romance moves into your home with this Rhine panorama mural

Would you like a view of Germany's most romantic river? With this historical mural, you look directly into the Middle Rhine Valley at the charming landscape as if through a panorama window. The 6 strips of wallpaper can be applied to the wall in just a few steps and immediately create a surprising effect. Invite friends and family to a glass of wine on the Rhine!

The originality of the motif is also reflected in the production of this wallpaper mural. We process materials for our high-quality wallpapers that come from exemplarily managed, certified forests and other controlled sources. 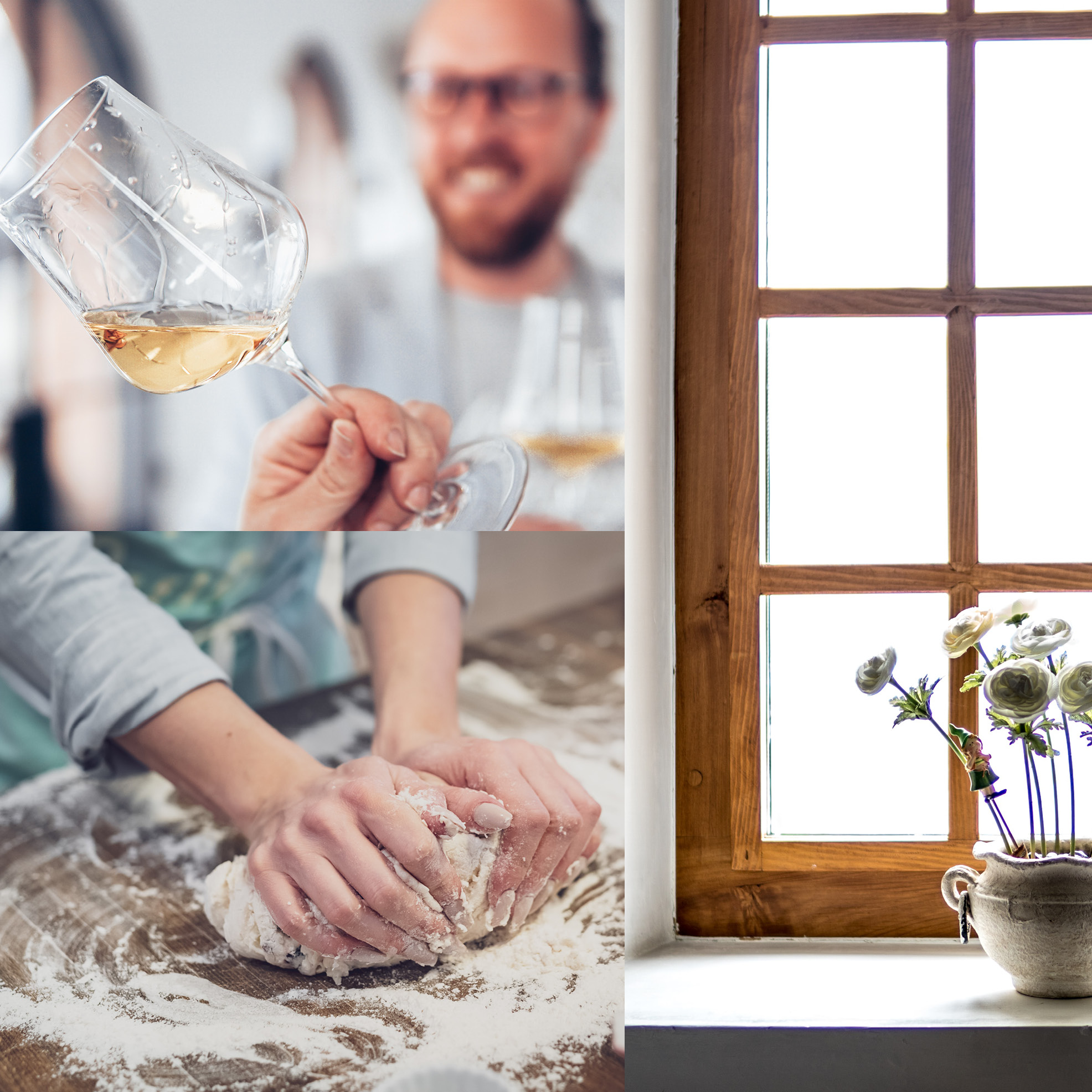