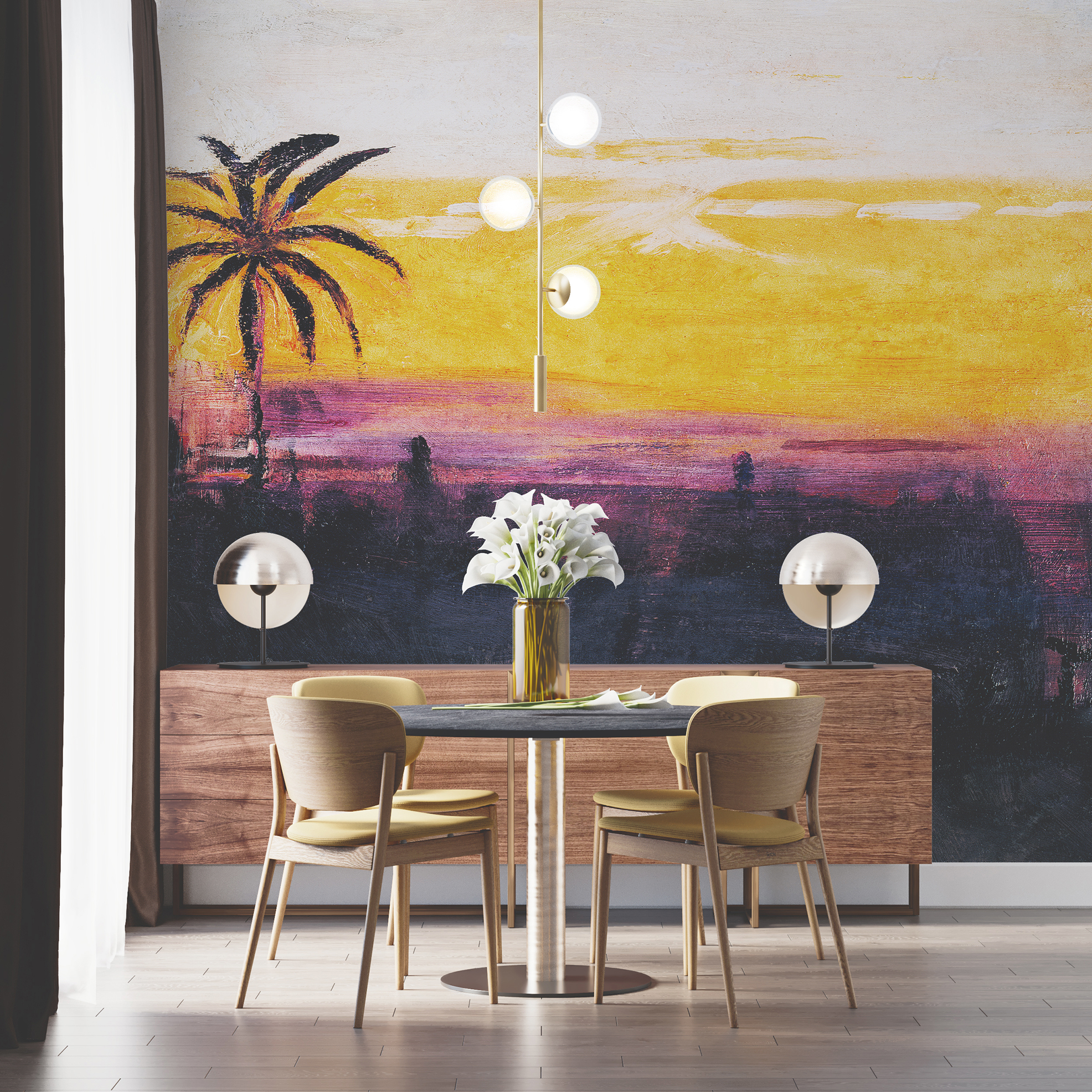 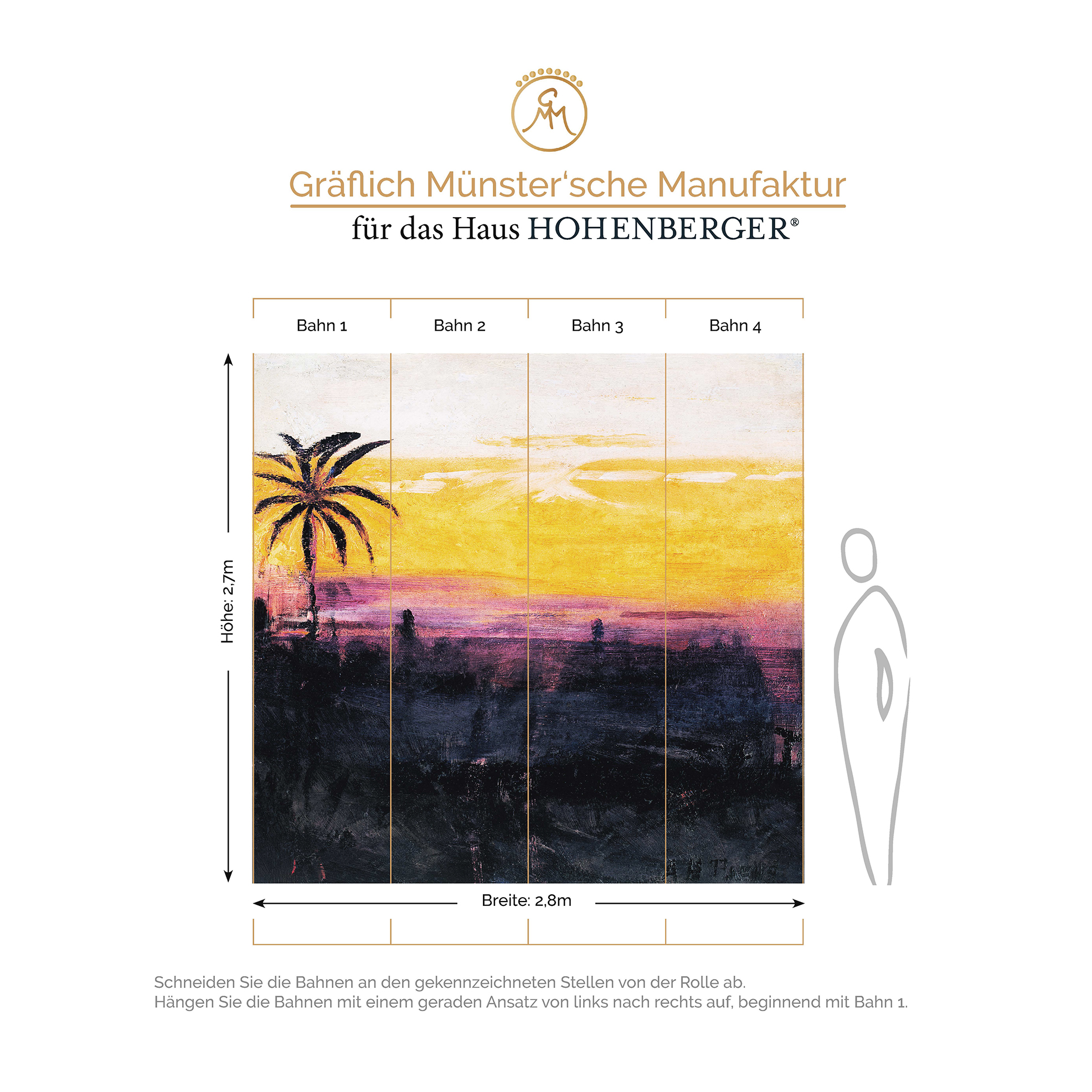 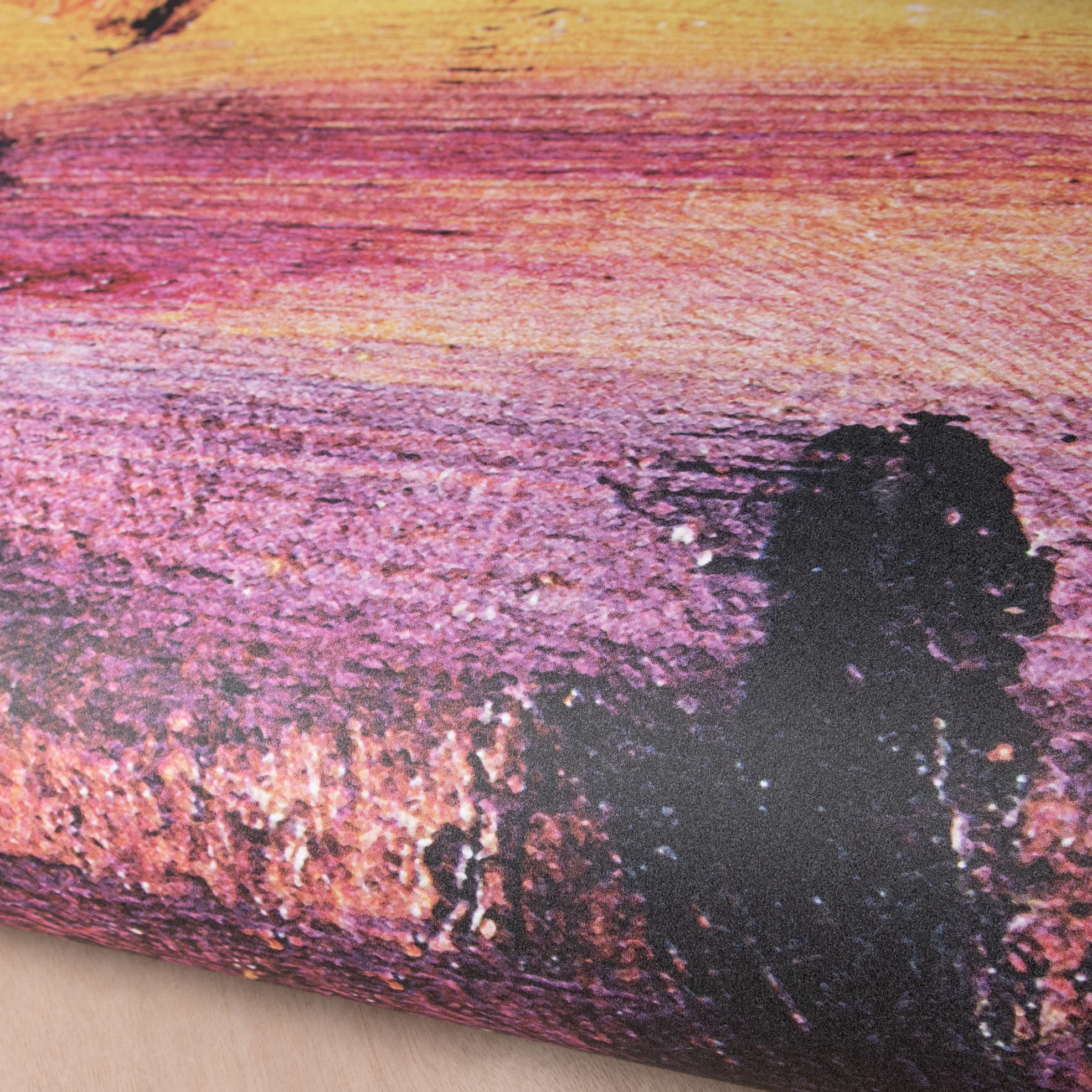 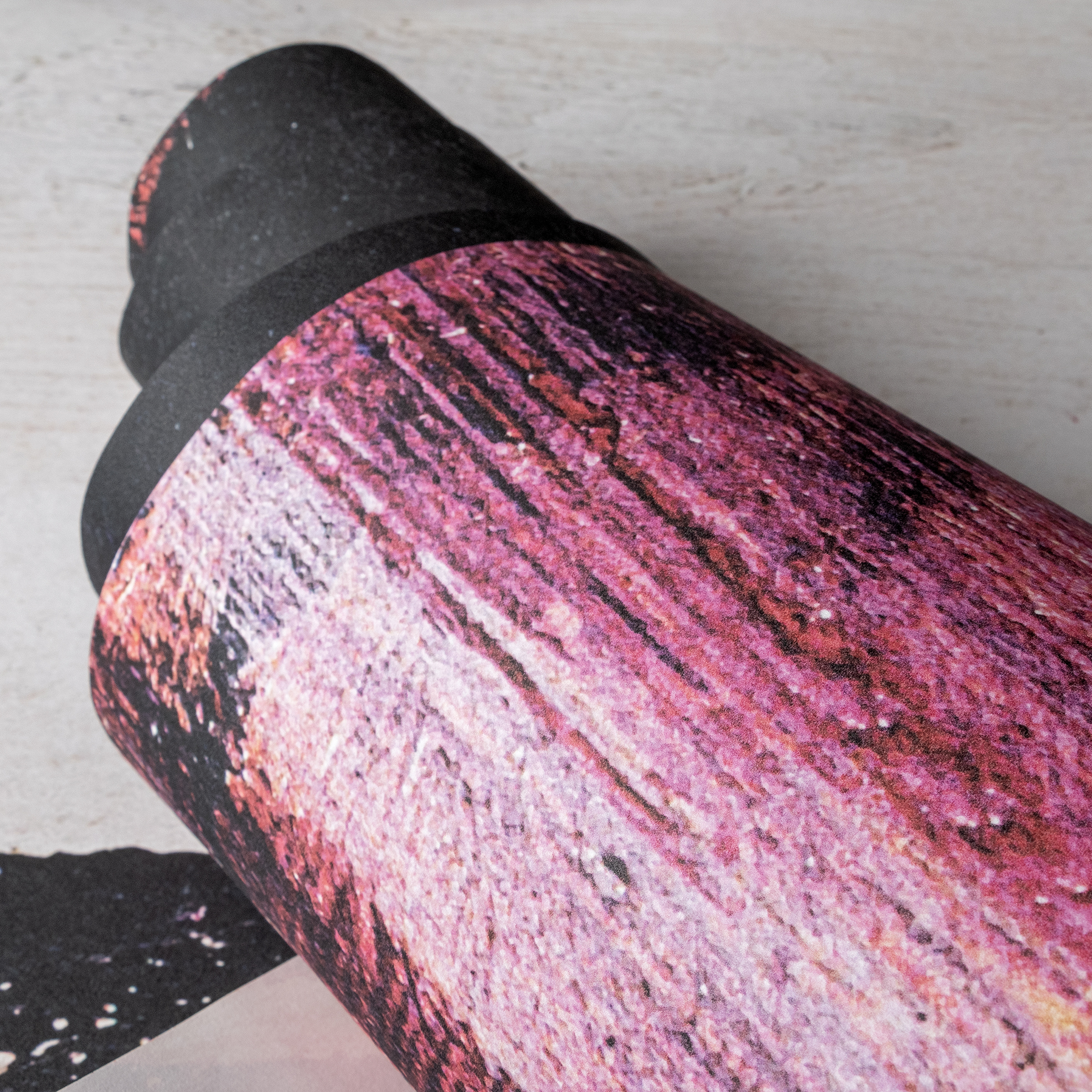 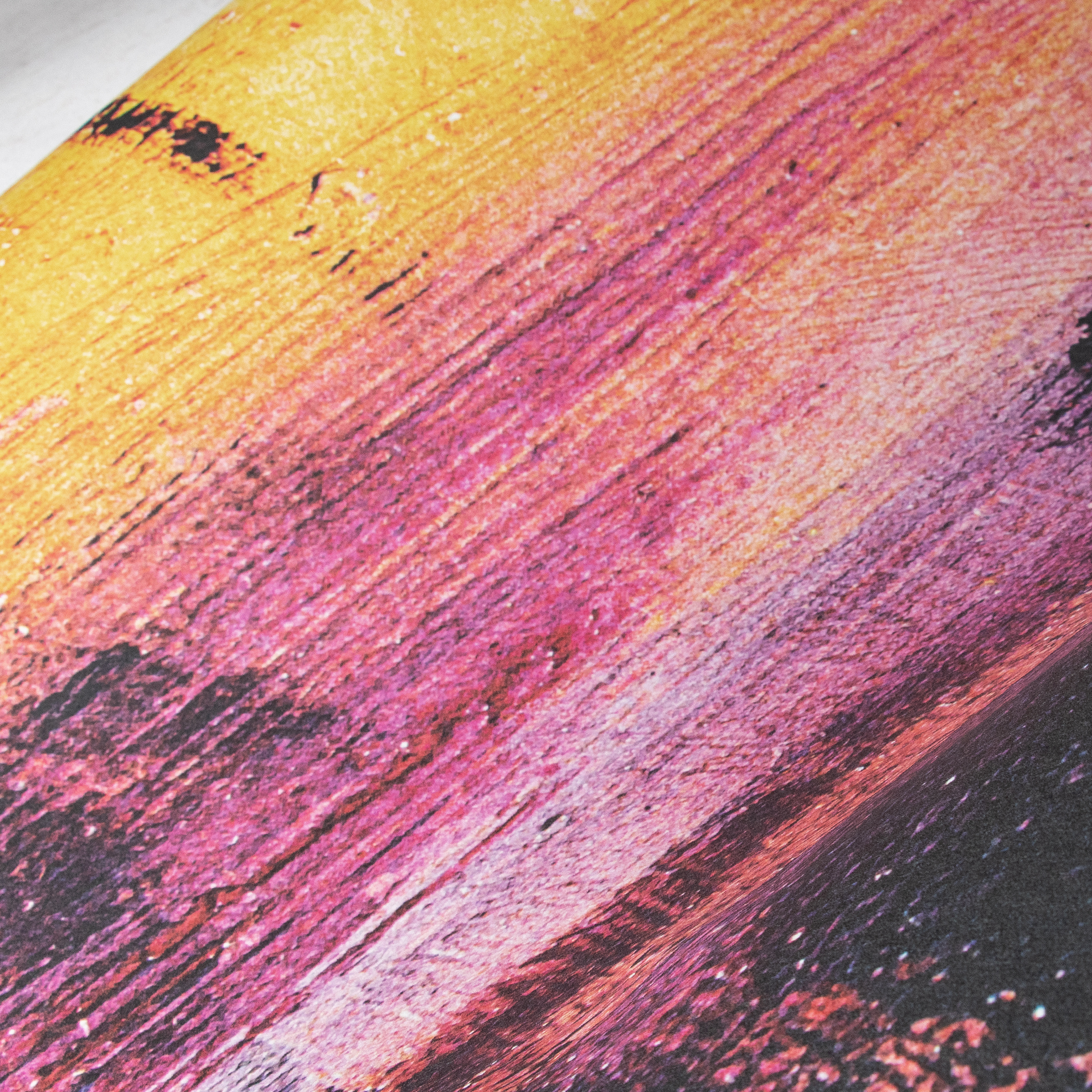 A hot day comes to an end. Relax with the Africa mural from Hohenberger Tapeten Manufaktur. Relaxing in your home. Combine this motif from an artist's hand with a harmonious arrangement:

- Designer furniture made from sustainable woods

Anyone who has ever been to Africa knows how beautiful this continent is. The "cradle of mankind" holds wonders upon wonders. Light and shade, earth and sun, desert and jungle, vastness and wild growth. And a biodiversity that knows how to camouflage itself.

Follow in the footsteps of the American painter Abbott Handerson Thayer (1849-1921). He visited the continent with his son Gerald and observed what he called "countershading". This was his term for the camouflage of animals that know how to protect themselves in this way. Thayer believed that the colouration of animals - no matter how striking - could disguise them in nature. Even bright pink flamingos would disappear at sunset or sunrise against a similarly coloured sky. In 1909, he published the book Concealing Colouration in the Animal Kingdom: An Exposition of the Laws of Disguise Through Colour and Pattern. There he set out his theses: "The spectator seems to see through the space occupied by an opaque animal."

Lasting beauty as far as the eye can see

He received great headwind from the American president Theodor Roosevelt. The latter declared that on his trip to Africa he would have been able to recognise all the animals from miles away. Thayer countered, "Our book does not present theories, but revelations." Later, his observations were applied to the camouflage of military vehicles.

You don't need to camouflage the walls in your cosy home. Rather, they invite you to linger. Bring originality and warmth into your living space. And don't forget: nature is worth protecting. Care with our natural resources and ecological principles have been a concern of Hohenberger Tapeten Manufaktur since 1932. Our production methods are sustainable and environmentally friendly. 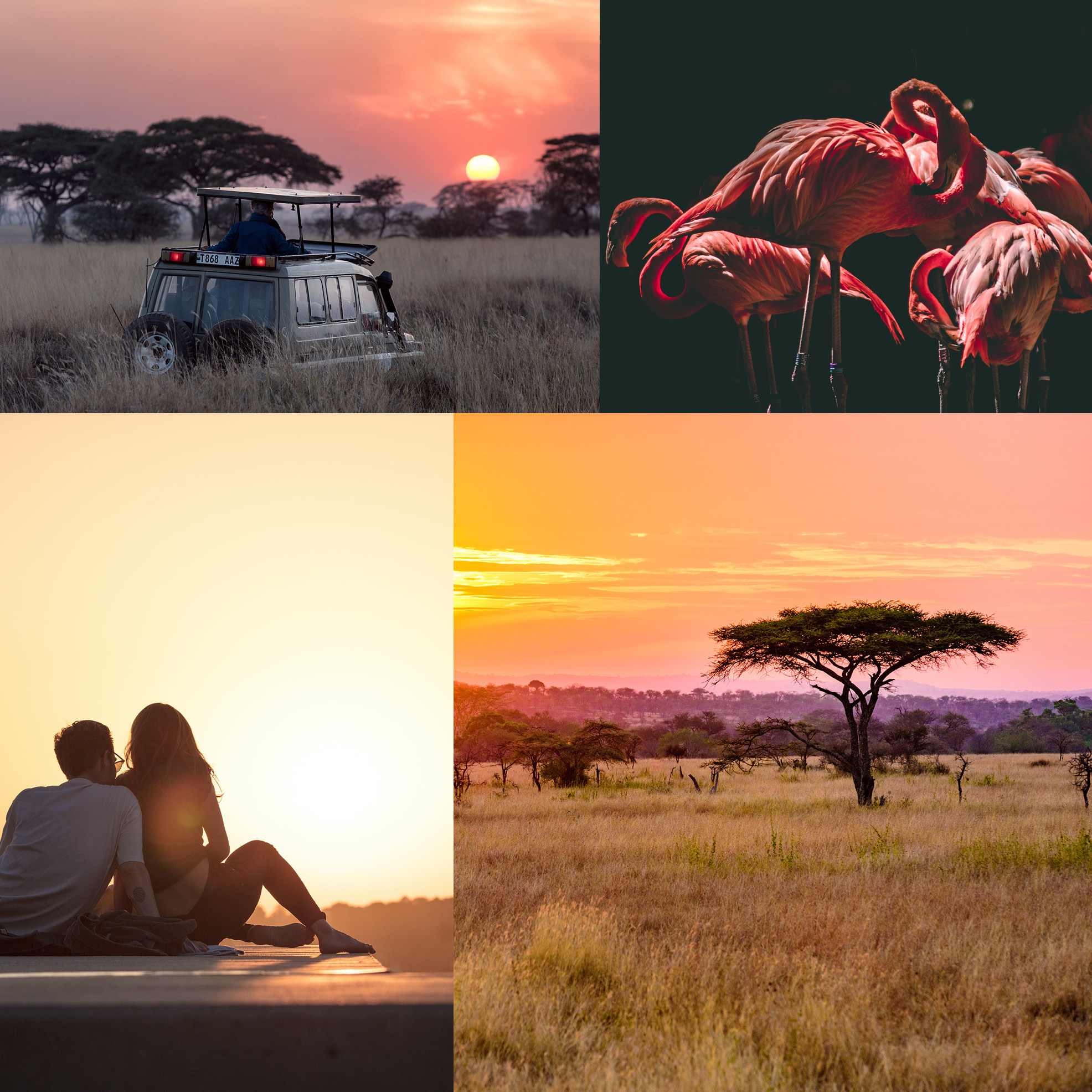