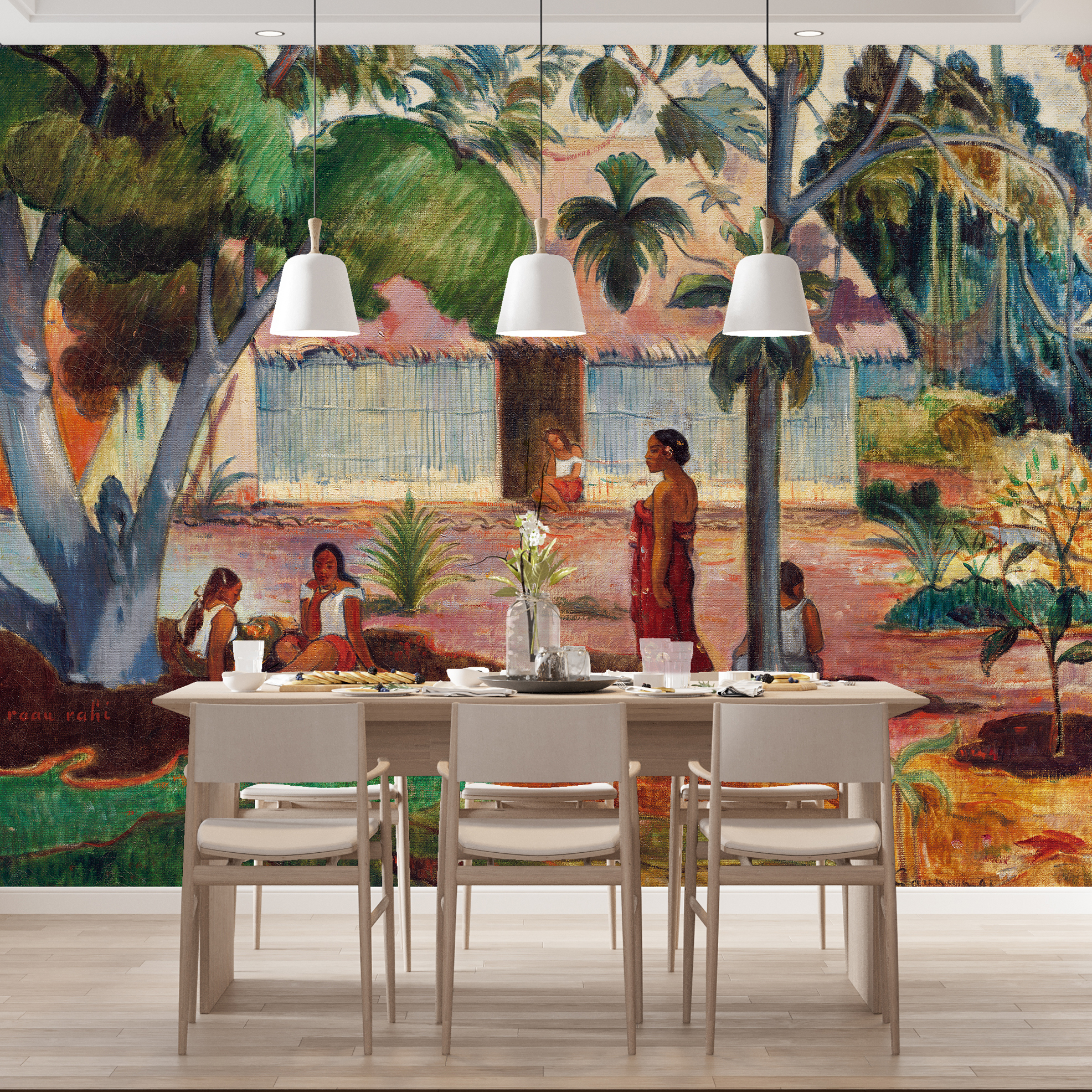 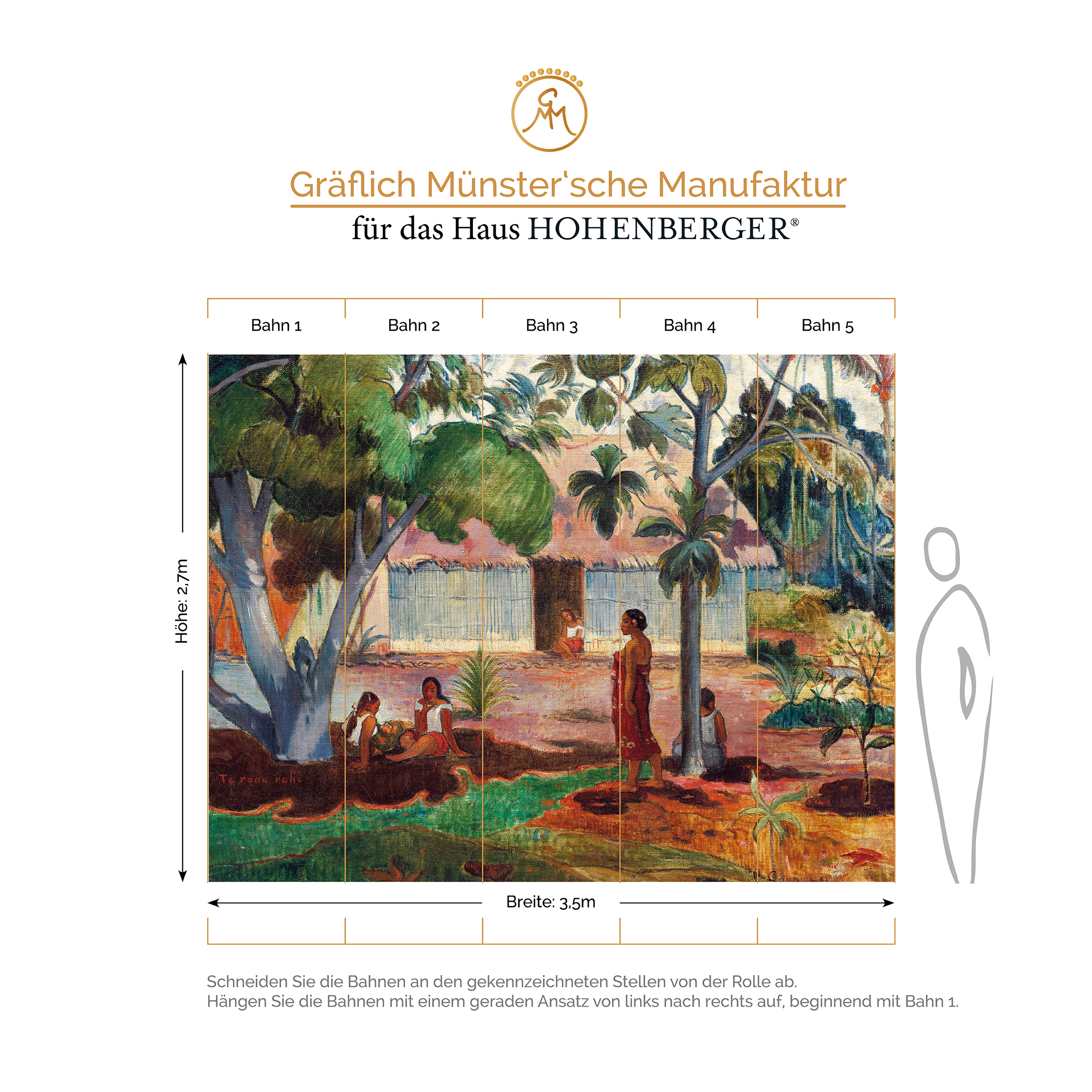 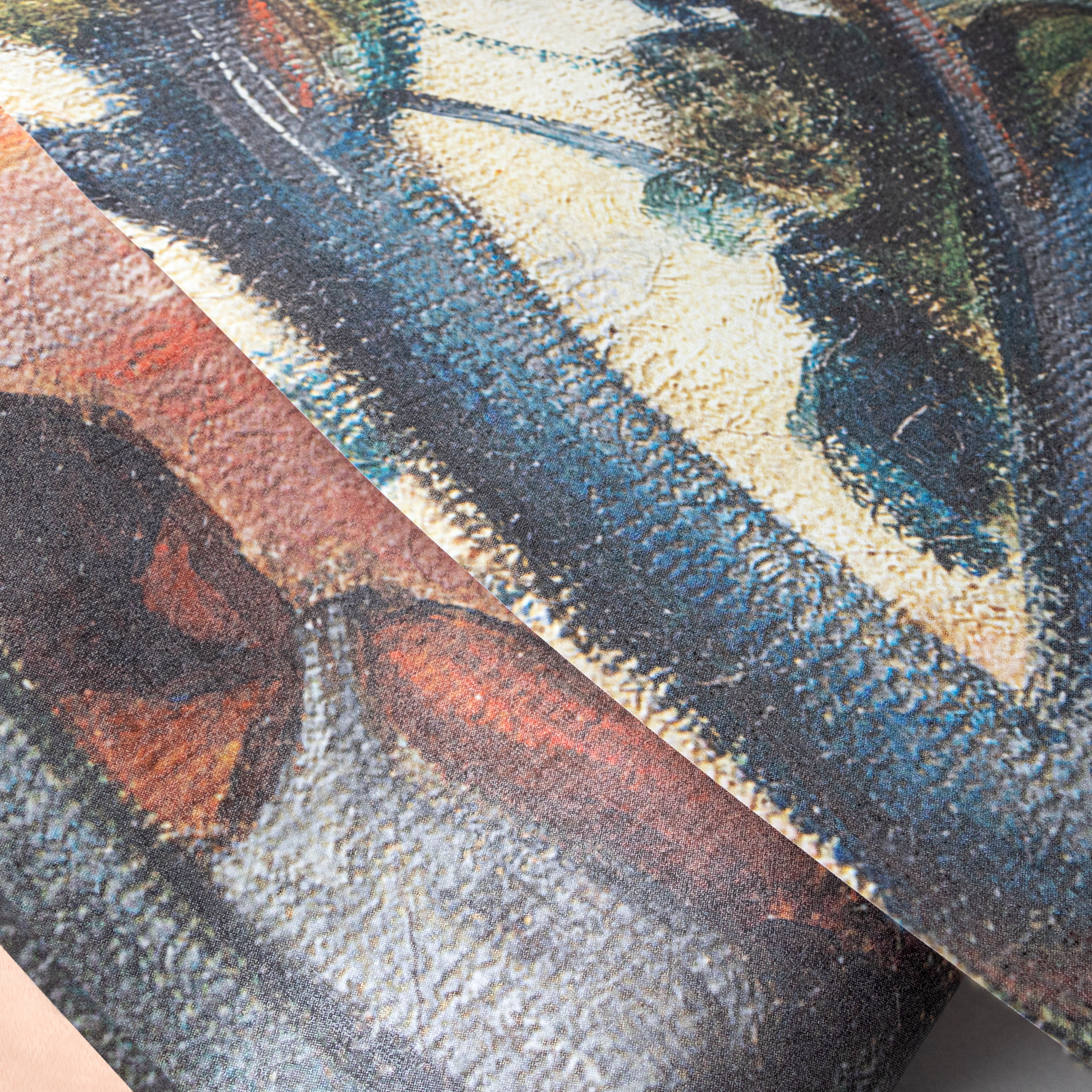 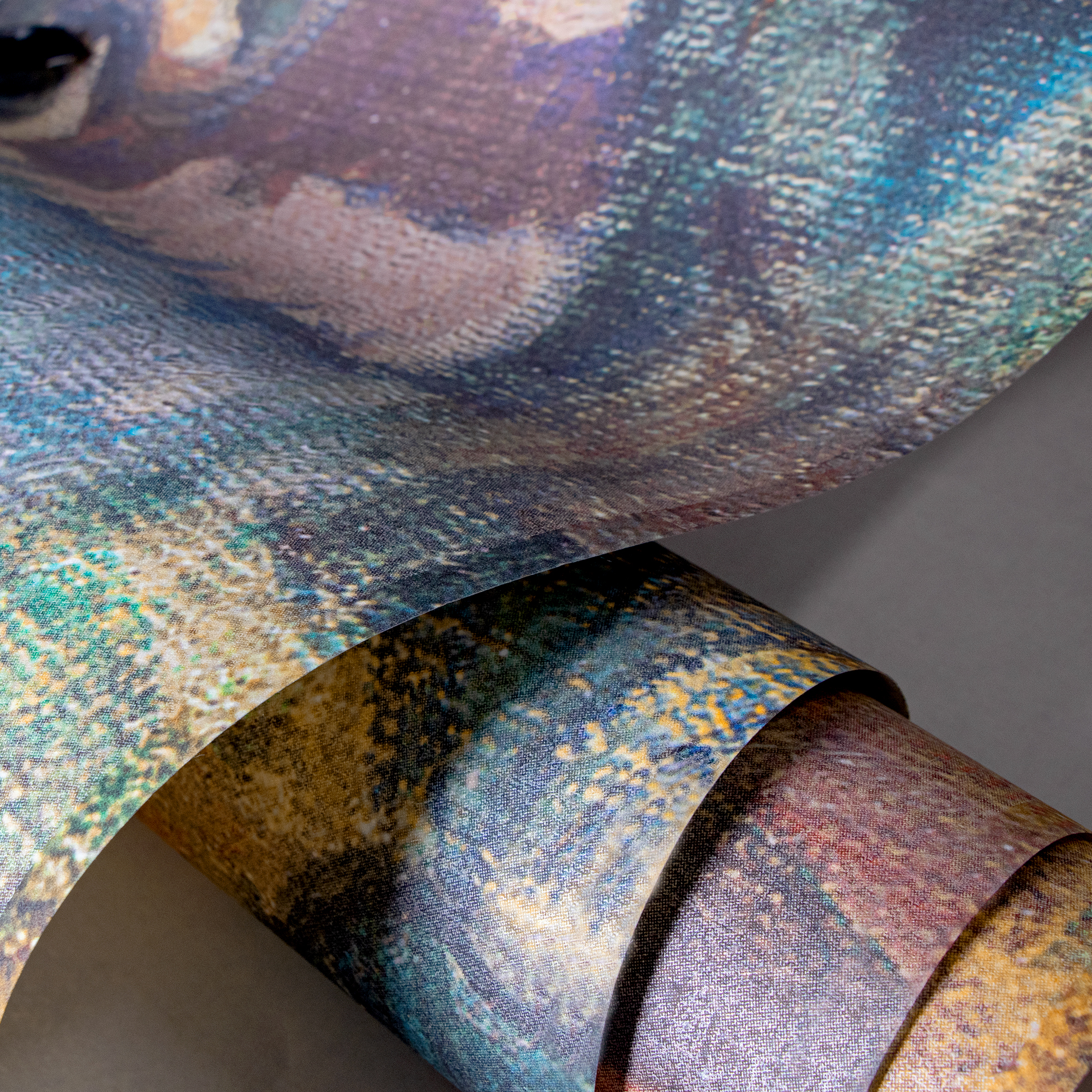 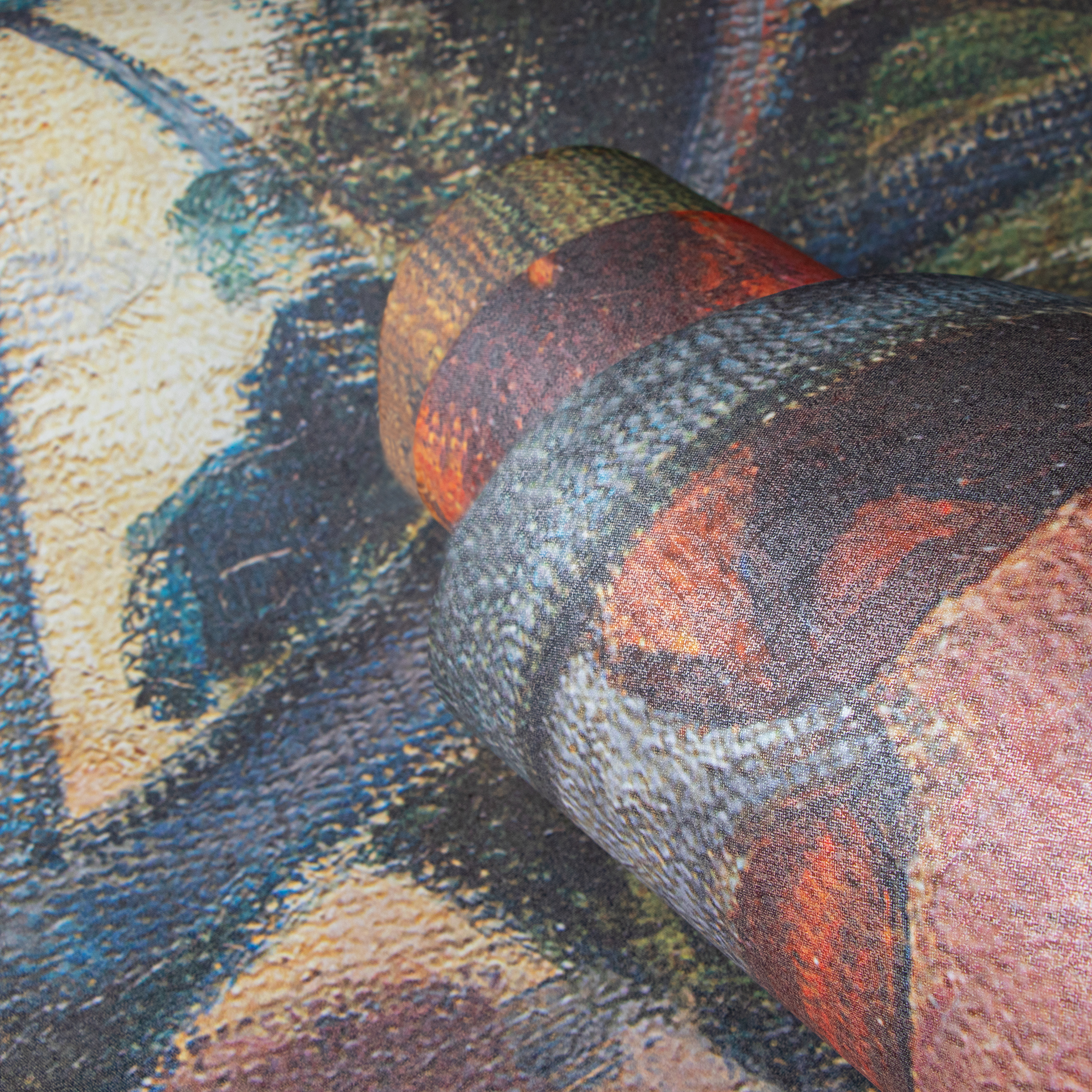 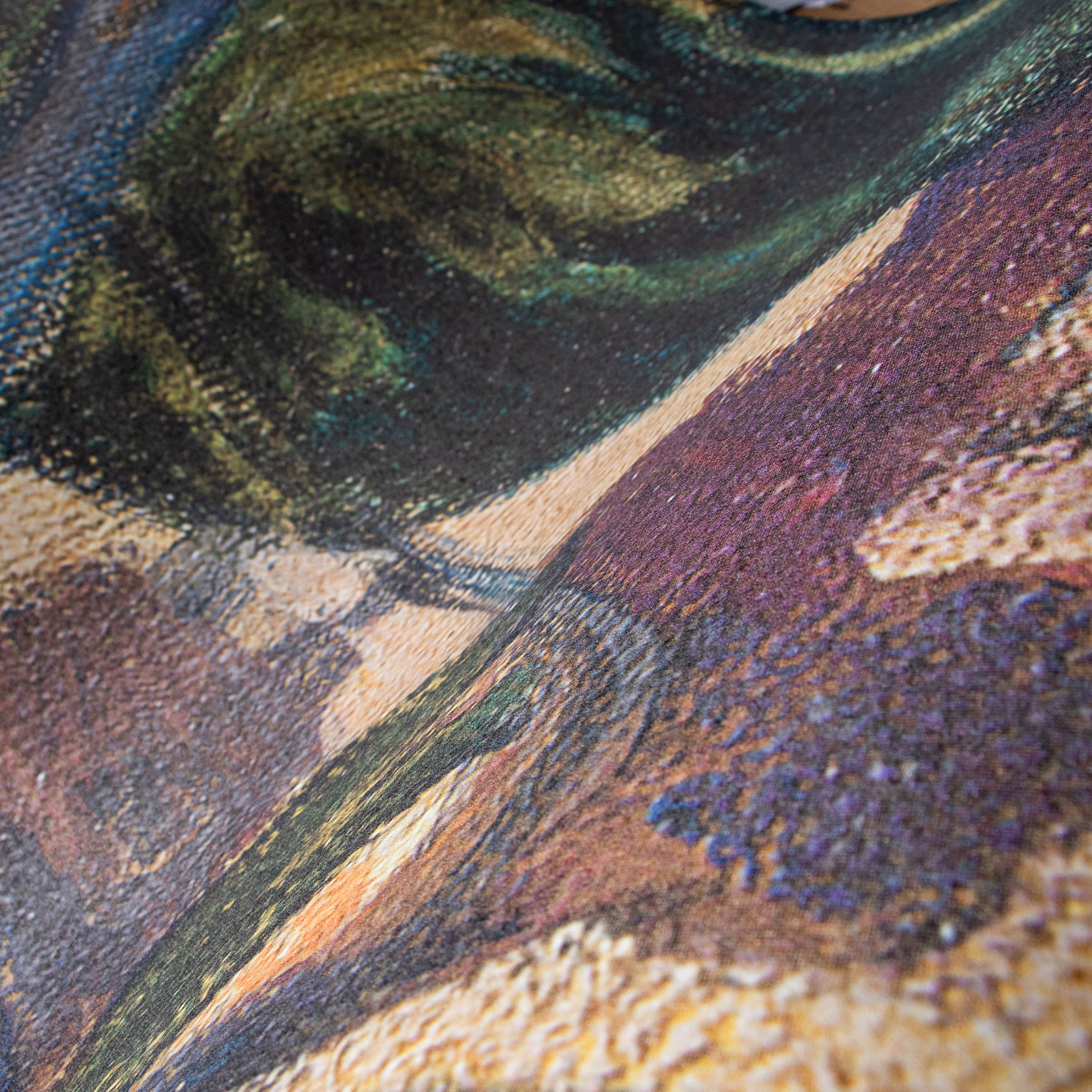 Many thousands of kilometres away from home, in the middle of the South Seas: who wouldn't want to spend a few carefree weeks there? Or even longer. Like the French painter Paul Gauguin (1848-1903). He spent many years of his life in Tahiti. It was there that he painted his picture The Big Tree (Te Ra'au Rahi) in 1891, which is not that big in the original. The painting measures 93 x 74 cm and is classically painted in oil on canvas.

Create your own island with this tropical wallpaper painting

The homely wall mural by Gräflich Münster'schen Manufaktur from the House of Hohenberger lets you take part in an island idyll, showing a group of young women who have found a shady resting place under a mighty tree. As in many of the artist's motifs, they wear flowers in their hair. A natural ornament that no jeweller in the world can surpass in its graceful originality.

The viewer's eye is led to the centre of the picture, through the vegetation, where a simple hut typical of the island can be seen in the background. This depth effect in the picture design automatically expands a space. Bamboo furniture, a soft long pile carpet and exotic floral arrangements go beautifully with this boldly coloured mural, which covers an area of 2.70 x 4.20 m in total.

Born in Paris, Gauguin was quickly drawn to faraway places. Shortly after his birth, his family moved to Peru, where he lived until he was seven. As a young man, he signed on as a merchant seaman. Then he made a career as a stockbroker in Paris. He became the father of five children, but bourgeois life seemed increasingly alien to him. He had already begun painting in his spare time, and now he devoted himself entirely to artistic work.

At the beginning of June 1891, he landed in the harbour of Papeete, the capital of Tahiti. There a new phase of his creative work began. The exotic world inspired him, but he did not simply depict it, but transformed it into dream images, an ideal vision of pristine, unadulterated life. Gauguin's art caused a sensation in France and later worldwide because it was so very different. The bourgeoisie is frightened, but also fascinated. Shortly before his death, a friend writes to him from Paris: "You are now this strange, legendary artist who sends from the depths of Oceania his startling, inimitable works."

Natural harmony and an original way of life serve us as inspiration not only in terms of motifs. This colourful artist's mural full of tropical harmony is, like all products from the House of Hohenberger, made from sustainable materials. 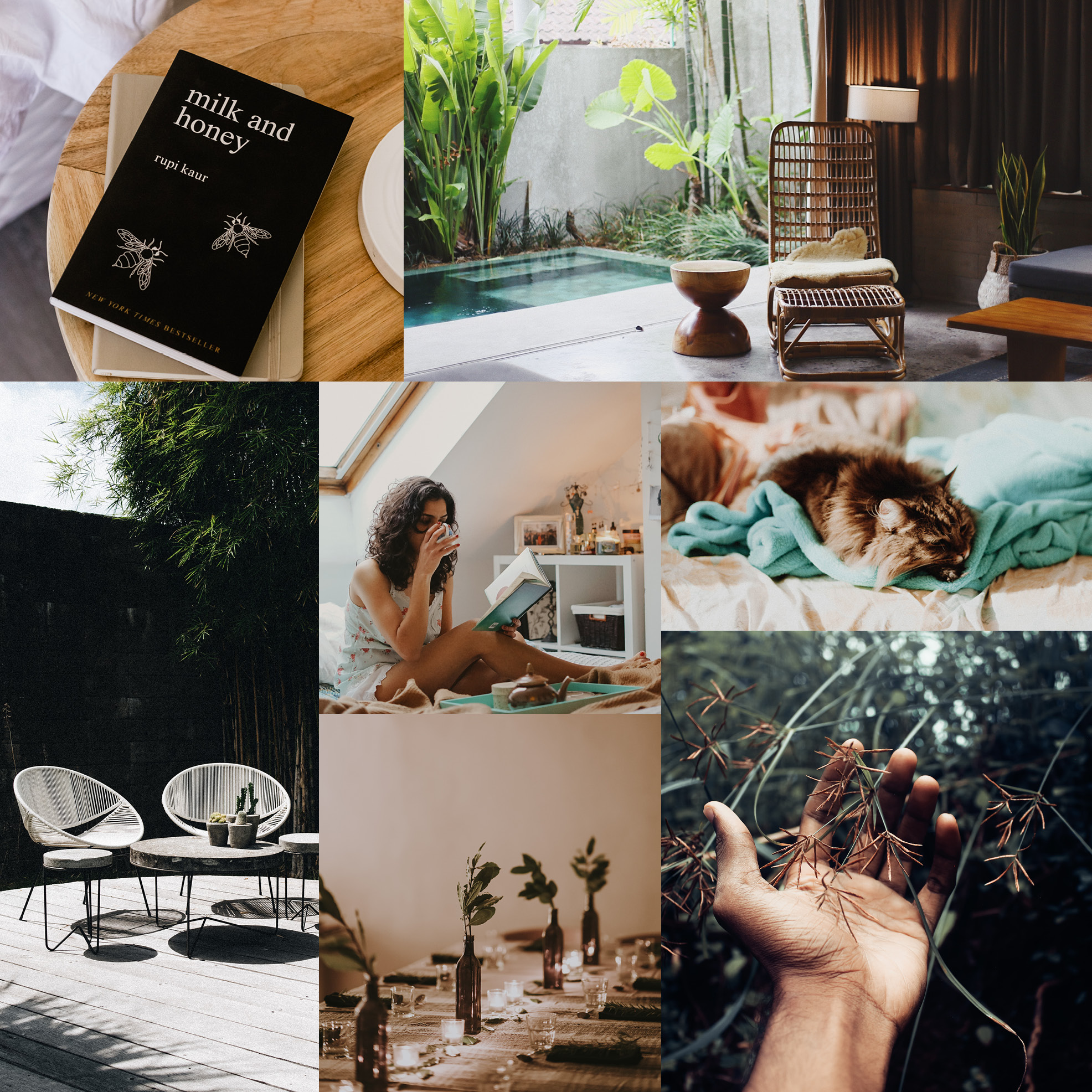 Our wallpapers can be returned within the statutory withdrawal period. The prerequisite is that the rolls are in the original packaging (still sealed) and have not been damaged. Return shipping costs will not be reimbursed. Please use our withdrawal form.
You might also like 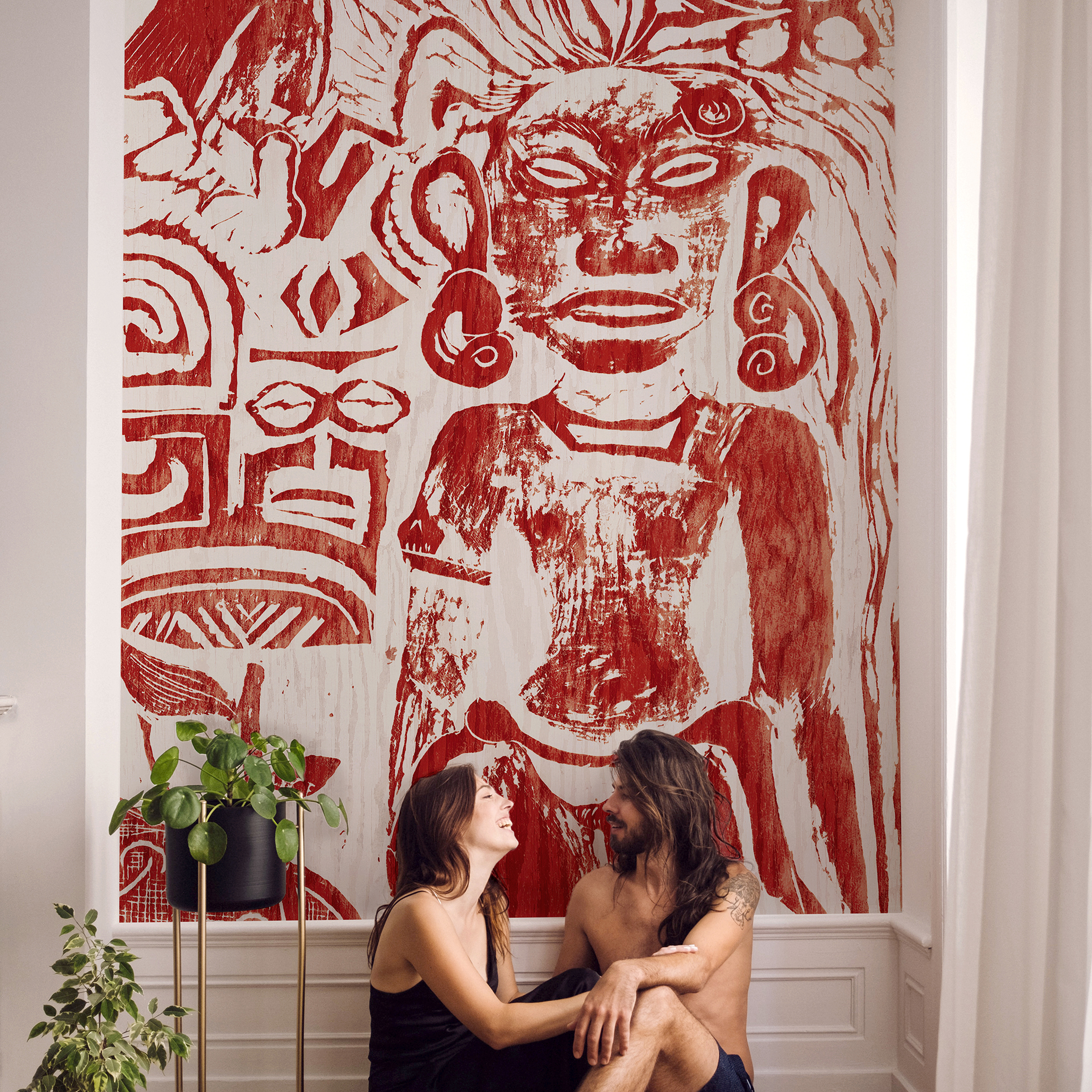